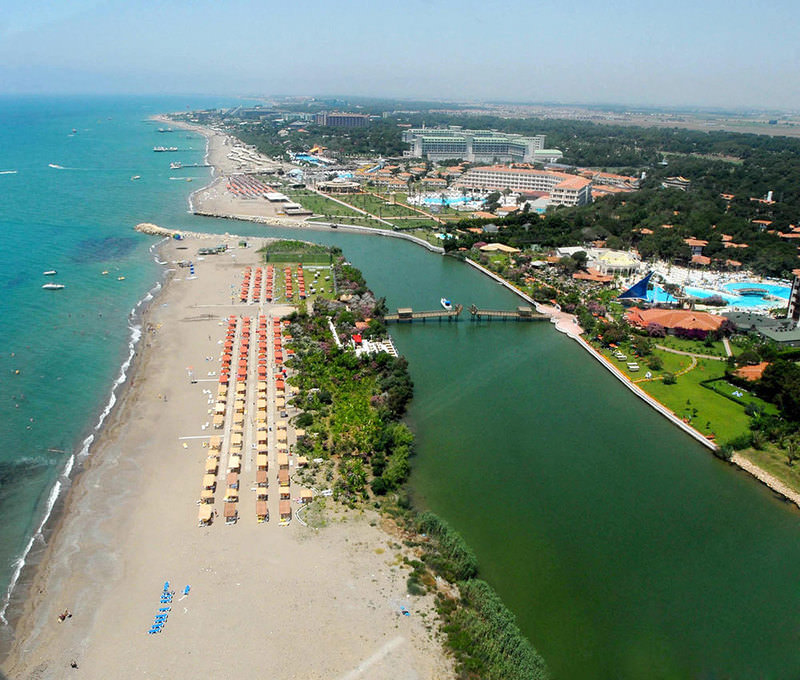 by Daily Sabah with DHA Jul 18, 2015 12:00 am
Renowned southern resort town of Belek will be nearly placed under siege during the G-20 summit that will take place under Turkey's presidency in 15 and 16 October. Belek was declared a high security area and only accredited people will be allowed to enter the town that will host leaders of the world's largest 20 economies and leaders invited to the summit.

Coordinated by Turkey's Ministry of Foreign Affairs, all state institutions carry out an intense work to prepare the area to the summit. Hundreds of surveillance cameras with face and license plate recognition features will be installed along the 40 kilometer road between Antalya Airport and Belek and thousands of police officers will serve in the area.

Antalya Governor Muammer Türker stated that of the total 46 five-star hotels located in Belek, of 30 were reserved for G-20 summit. Remaining hotels were reserved for business, youth, labor, women, think tank and non-governmental 20 summits. Governor Türker said that some delegations will be very crowded, adding that the U.S. delegation would be around 1,000 people. "Each delegation will cover its own costs" Türker said, as nightly accommodation costs of royal suites and villas that will accommodate leaders can reach up to $17,000 during high season.

Türker stated that even the airspace of the area will be shut down during the summit. He added that all precautions are being taken to prevent any disruption in telephone, internet and power lines.

Türker said that a concert or a show is being planned in nearby Roman theatre of Aspendos, one of the best remaining antique theater structures. Governor added that separate programs for spouses of the leaders involving tours are also being planned.