Can teach physics for room and board 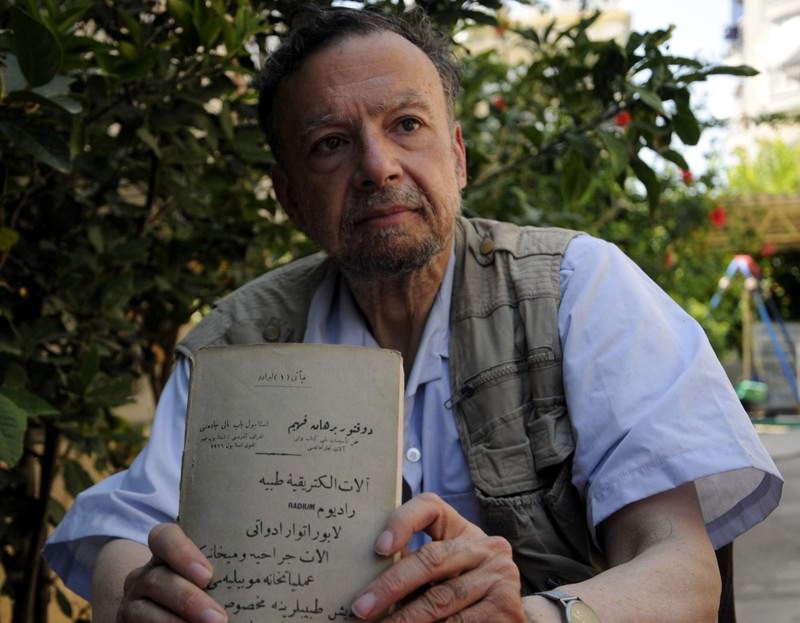 by Jul 19, 2015 12:00 am
Physicist and linguist Yusuf Gürsey, 61, is facing living on the streets after finding all doors shut a month after returning from the U.S. Gürsey, who is the son of renowned physicist and mathematician Feza Gürsey, said he was willing to teach physics at universities in exchange for a place to stay and Internet to continue his work on linguistics.

Feza Gürsey, who died in 1992, is known as the Turk who came the closest to winning a Nobel Prize in physics and was one of the founders of the physics department at Middle East Technical University (ODTÜ). Yusuf Gürsey followed in his father's footsteps, teaching physics at ODTÜ for 10 years before moving to the U.S. to further his studies. He also focused on his other interest, linguistics. Yusuf Gürsey said, "My mother was physicist Süha Gürsey. My father's mother is Turkey's first female chemist Remziye Hisar. My grandfather is Turkey's first radiologist. There is a research institute in Turkey named after my father."

He said he didn't find the warmth he expected from his family when he first arrived in Istanbul a month ago. He later decided to go to Antalya to meet Turkologist Gülçin Yalçın, with whom he was corresponding for his studies in linguistics. Without anywhere to go, Gürsey stayed at a hotel paid by Yalçın for a while. Gürsey said all his money and estate were taken from him while he was away. "I am currently working on a linguistic theory that I believe will surprise the Muslim and Turkish community. A room and Internet access is enough for me. I just want to continue my studies in physics and linguistics. I taught general physics and quantum mechanics at ODTÜ for 10 years," he said. Yalçın said they had tried to find work and accommodation for Gürsey but were disappointed at every turn. "Such valuable people and families need to be cherished. We are doing our utmost to make him comfortable but now he faces being on the streets during Eid al-Fitr."
Last Update: Jul 19, 2015 9:41 pm
RELATED TOPICS