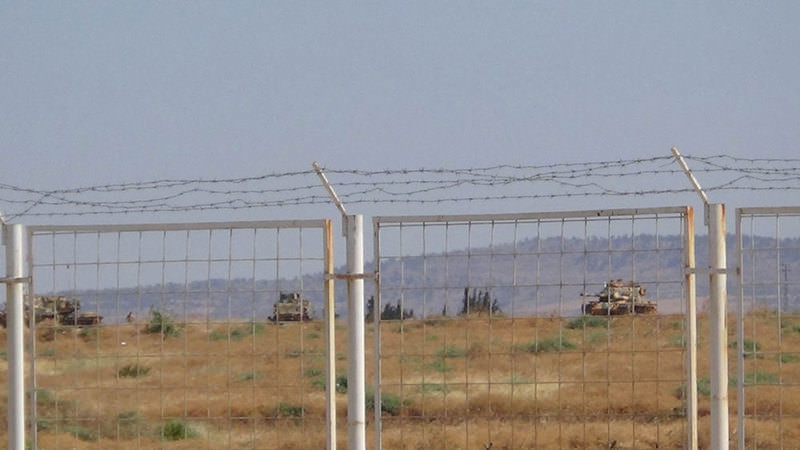 by Daily Sabah with IHA Jul 20, 2015 12:00 am
Turkish military forces located in the Kilis province are on full alert, while tanks, armed personnel carriers, artillery and missile batteries have turned their barrels to Syria, in the region that is adjacent to the only segment of the Syrian border controlled by the self-proclaimed Islamic State of Iraq and Sham (ISIS).

Turkey's Ihlas News Agency reported that Turkish units were deployed in critical positions along the border while the border was completely shut down. The border is being closely monitored by patrolling units and unmanned aerial vehicles (UAV) for 24 hours.

A total of 65,000 troops serve in 317 posts along 910-kilometer long Turkey-Syria border, backed by almost half of Turkey's military manpower, 1,200 tanks, armed carriers and artillery.

Turkey has long proposed creating a humanitarian zone within Syria's borders to accommodate refugees and prevent further flows into its borders. Due to heightened clashes in Syria's second largest city of Aleppo and Kurdish militant group PYD takeover of the predominantly Arab and Turkmen inhabited town of Tel Abyad from ISIS in June, Turkish authorities proposed a limited humanitarian zone between Azaz and Mare towns northeast of Aleppo.