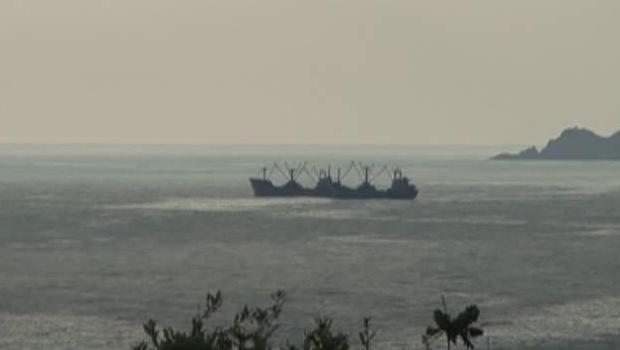 | DHA Photo
by Daily Sabah Jul 22, 2015 12:00 am
One person died and nine others were resuced in Istanbul after two Turkish flagged sand coasters crashed on Monday night at around 2.30 a.m. off the coast of the city's Riva village. The coaster named AKEL sank following the collision.

Coast guard forces have been dispatched to the area where the crash occurred.

Search and rescue teams have launched an operation in the region.

Istanbul's Bosphorus strait is one of the busiest sea routes in the region, the heavy traffic resulting in occasional accidents.

On Tuesday, another ship crashed into a waterfront mansion on the Bosporus, triggering safety fears about an international route filled with enormous vessels maneuvering in the narrow waterway. No casualties were reported in that incident that left the mansion damaged.