One dead, one wounded after armed attack on two police officers in Turkey's southeastern Diyarbakır province 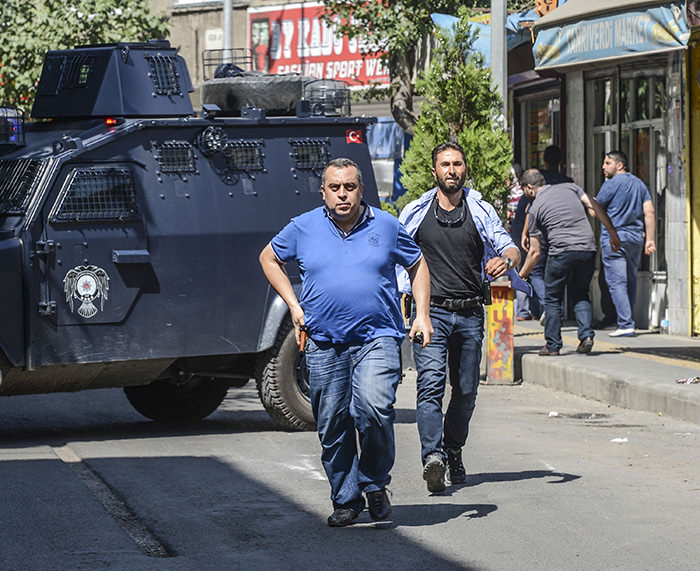 |AA Photo
by Daily Sabah Jul 23, 2015 12:00 am
Two traffic police officers have been attacked by gunfire on Thursday during a routine inspection in Turkey's southeastern Diyarbakır province.

One of the wounded police officers has died from wounds inflicted during the armed assault.

The officers, Tansu Aydın and Ali Karahan, were on duty around 2:45 p.m. on Şehitlik Avenue before the attack. One of the officers was shot in the head. Tansu Aydın passed away at the hospital he was taken for emergency treatment.

The officers were reportedly ambushed as they were called on notice after a fake accident report.

An investigation has been launched into the case, which has not been claimed by any group so far. However, initial reports have claimed that the outlawed PKK terrorists are behind the attack.

On July 22, two other officers were found dead in Turkey's southeastern province, which was claimed by the outlawed PKK terrorist group. Three suspects have been detained as part of the investigation into the killings of the two officers in Şanlıurfa.