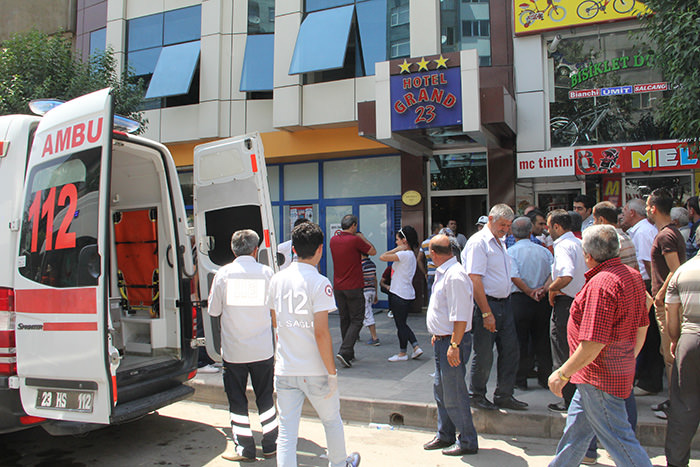 |AA Photo
by Daily Sabah Jul 24, 2015 12:00 am
An explosion in a hotel on Friday in Turkey's eastern Elazığ province has injured three people, according to initial reports.

The explosion took place on the sixth floor of a hotel in the Çarşı neighborhood of the Elazığ province.

The injured people have been taken to local hospitals by ambulances. Fire fighters, and more ambulances have been dispatched to the scene, launching an investigation to prevent a possible natural gas leak.

Natural gas distribution company officials also took precautions against the possibility of jamming caused by the explosion of gas.

The explosion occurred in a hotel room where a large number of lighter fluid bottles were found. The investigation of the incident is continuing.
Last Update: Jul 24, 2015 12:38 pm
RELATED TOPICS