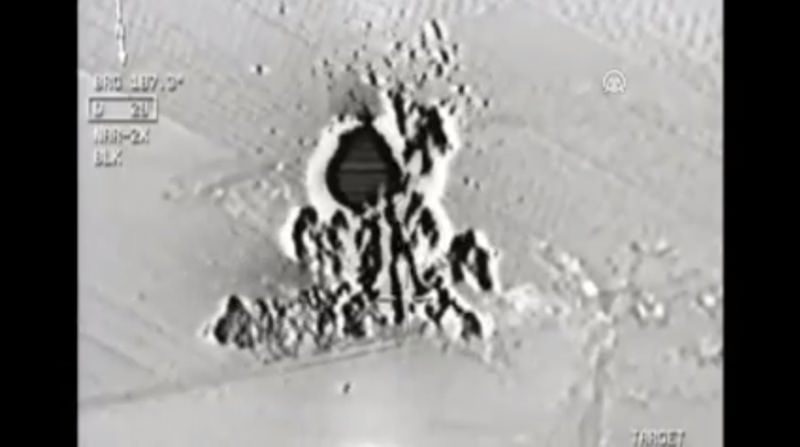 
Turkish Air Force released the footage of the operation that three ISIS targets were hit in northern Syria.

The operation was a retaliatory attack following the attack that killed a Turkish officer in southern province of Kilis, while troop concentration of the militants of the self-proclaimed Islamic State of Iraq and Sham (ISIS) near Turkish border was also crippled.

Three targets, located in Syrian territory, were 10 to 15 kiliometers away from Turkish border, and were being used as headquarters and rallying zone.