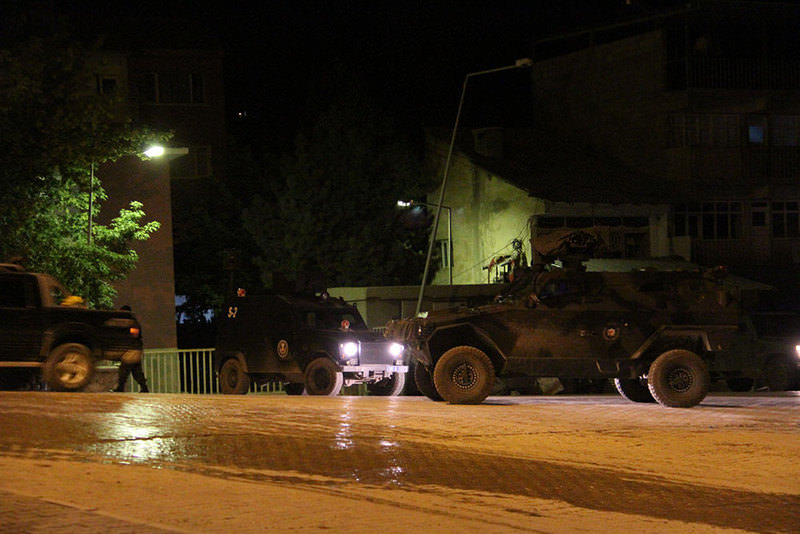 by Daily Sabah with DHA Jul 25, 2015 12:00 am
A total of 11 police officers were wounded in three different attacks in Turkey's eastern provinces, while another was kidnapped. The outlawed PKK terrorist organization is the primary suspect behind the attacks, though it was not confirmed by official sources.

A police officer travelling with his family was kidnapped in a roadblock set by a group of PKK militants on Diyarbakır – Bingöl road. The police officer's wife and children was spared, but the group escaped to the woods near the area along with the police officer.

Two police officers on guard in an armed vehicle were attacked by a home-made bomb in the Şemdinli district of Hakkari. One officer was heavily injured and taken to Yüksekova district hospital for treatment, while the other is under treatment in Şemdinli.

Security post of the Kozluk district governorate in the province of Batman was attacked by a sound bomb, slightly injuring a police officer and a security guard.