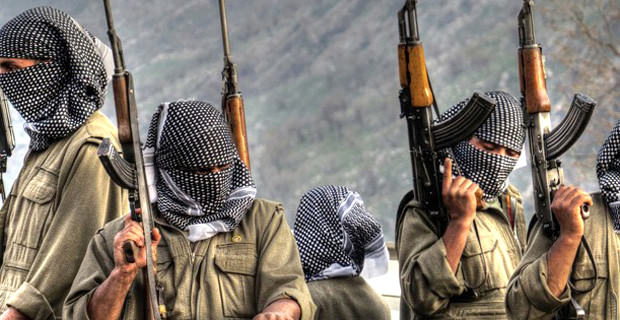 by Daily Sabah Jul 25, 2015 12:00 am
The outlawed PKK terrorist organization has kidnapped 15 workers from construction site of a power plant after burning six construction machines in the Silopi district of the southeastern Şırnak province.

The incident took place at Mount Judi in the Silopi Thermal Power Plant where coal mining was taking place. The plant is located between the Görümlü and Çalışkan villages. It is has been reported by local sources that the 15 workers have been released.

Just four days earlier the PKK had raided the same worksite while again setting fire to machinery and kidnapping two other workers, only to release both hostages a little while later.

Again, the coal-fired power plant in southeastern Turkey had been attacked by members of the outlawed PKK, on August 25, 2014.

Security sources had told Anadolu Agency that the attackers fired rocket-propelled grenades at the plant three times, injuring one member of the security staff at the plant in the Şırnak province.

The PKK was formed in 1978 and has been fighting the Turkish government for an independent state until the early 2000's, then the group shifted its goal to autonomy in Kurdish inhabited regions of Turkey. The group is listed as terrorist organization by the UK, US, EU and Turkey.
Last Update: Jul 25, 2015 12:13 pm
RELATED TOPICS