851 detained around Turkey in 3 days in operations against ISIS, PKK 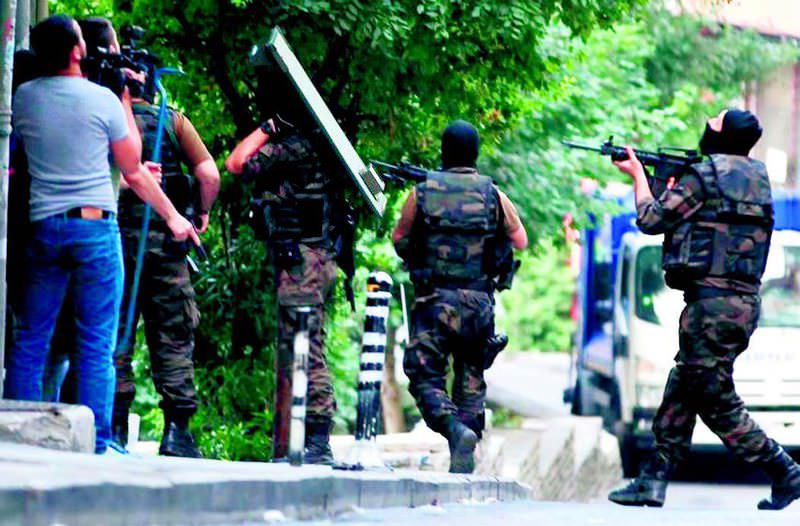 by Daily Sabah Jul 26, 2015 12:00 am
In the nation-wide operations against terrorist organizations including outlawed PKK and ISIS, (the self-proclaimed Islamic State of Iraq and al-Sham) 851 people have been arrested in only three days.

According to obtained information, anti-terror operations are carried out in 34 provinces.

28 people, 13 of whom were of foreign origin were taken into custody on accusations of having links to ISIS in Sunday's operation in three cities based in southeastern city of Gaziantep.

Meanwhile, 74 people were taken into custody in the operation against the PKK in Diyarbakır.

The number of detainees in the last 3 days increased to 851.

Within the scope of the latest operations against terrorism, 104 terrorists in Istanbul, 21 in Izmir and 86 in Adana have been detained.
Last Update: Jul 26, 2015 11:47 pm
RELATED TOPICS