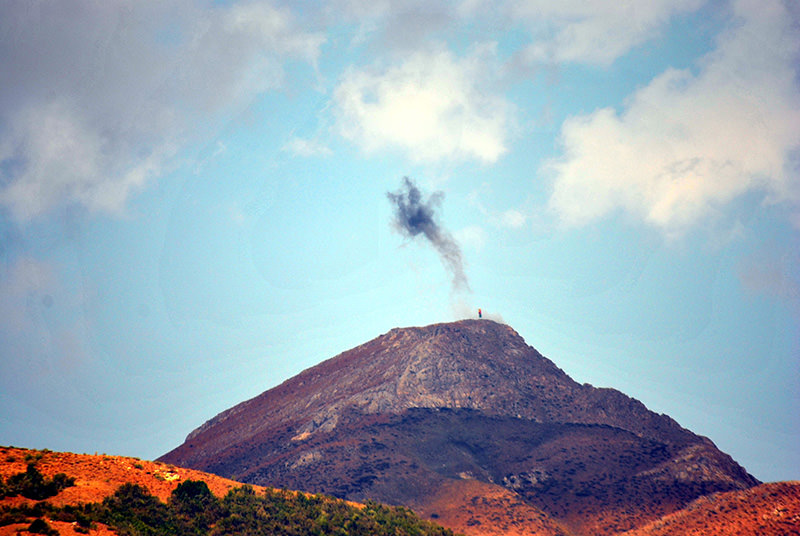 | AA Photo
by daily sabah
Jul 26, 2015 12:00 am
The Turkish Armed Forces fired artillery shells on PKK positions located in Balkaya Mountains in Northern Iraq at dawn around 5 a.m. on Sunday. The artillery shells were fired from the army's base at Şemdinli district of southeastern city of Hakkari.

The sounds of the shells were even said to be heard very strongly in the residential areas of Şemdinli district.

Smoke was seen to be rising over the mountains following the artillery shell bombings.

The nationwide anti-terror operation against the outlawed PKK came after multiple attacks on Turkish police officers by the group.

On Friday night and early hours of Saturday, the Turkish Air Forces bombed PKK camps in northern Iraq for the first time in the past two-and-a-half years.