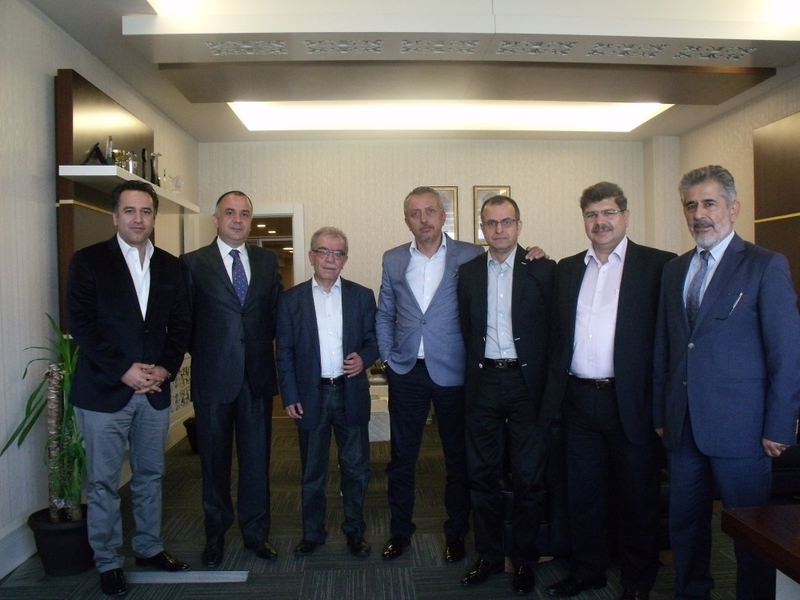 by Daily Sabah Jul 27, 2015 12:00 am
Media Association, a nongovernmental organization (NGO) of journalists, expressed solidarity with the staff of Star Media Group whose headquarters were the target of a foiled bomb attack on Friday.

The NGO members visited on Monday the Star newspaper of the media conglomerate and denounced the attempt that was claimed by the terrorist organization Marxist-Leninist Communist Party (MLKP). A concealed bomb wrapped in a banner with the initials of the MLKP was found in front of the Star Media Group's offices in Istanbul's İkitelli district. It was defused by a bomb squad after security guards discovered the bomb.

Ekrem Kızıltaş, president of Media Assocation, reiterated an earlier statement of condemnation and criticized "some political parties and NGOs" not denouncing the attempted attack. "It is worrying because all media organizations, no matter which views they defend, should not be subject to attacks and they should enjoy press freedoms. I believe other media outlets should adopt a serious stance against such attacks," he said.

Nuh Albayrak, editor-in-chief of the Star newspaper, said his colleagues in other newspapers and TV stations did not even express their worries after the attack. "One day after the attack, I was with executives of other newspapers during a meeting with the prime minister. They did not even say a word about the attack. I wonder if we are alienated," he said, citing that media outlets had joined forces to condemn an attack against the Cumhuriyet daily while ignoring the attack on the Star.

The Star Newspaper was targeted by the Peoples' Democratic Party (HDP) Co-Chair Selahattin Demirtaş during the election campaign for Turkey's June 7 parliamentary elections.

In its earlier statement, Media Association pointed out that the incident seemed to be a sequel to Demirtaş' speech.
Last Update: Jul 27, 2015 11:23 pm
RELATED TOPICS