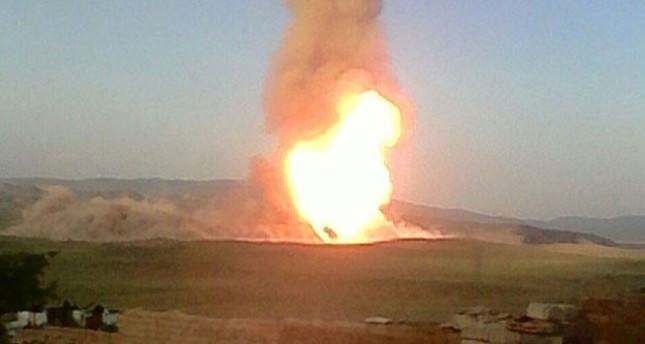 In the statement released on KRG's official website, it was highlighted that with this attack, the PKK terrorist organization almost destroyed the only source of livelihood for the people of the Kurdistan region and 1.8 million refugees and internally displaced people.

Noting that the fight against ISIS and the budget cutbacks from the Iraqi government has left the region impoverished and deep in a economic crisis, the statement also emphasized that the importance of the Ceyhan pipeline in the battle against ISIS as it is a crucial source to the Peshmerga units who are fiighting against them in the region.

Stating that they do not want a repeat of such hostile behavior, the KRG government called on the PKK to stop its attacks.

State Organization for Marketing of Oil (SOMO) and the government has started to work on putting the oil pipeline between Turkey and the KRG back into service.

The People's Protection Forces (HPG) which is PKK's armed wing, on Wednesday took responsibility for the attack on the pipeline in the area between the districts of Silopi and Cizre in Şırnak.
Last Update: Aug 01, 2015 1:07 am
RELATED TOPICS