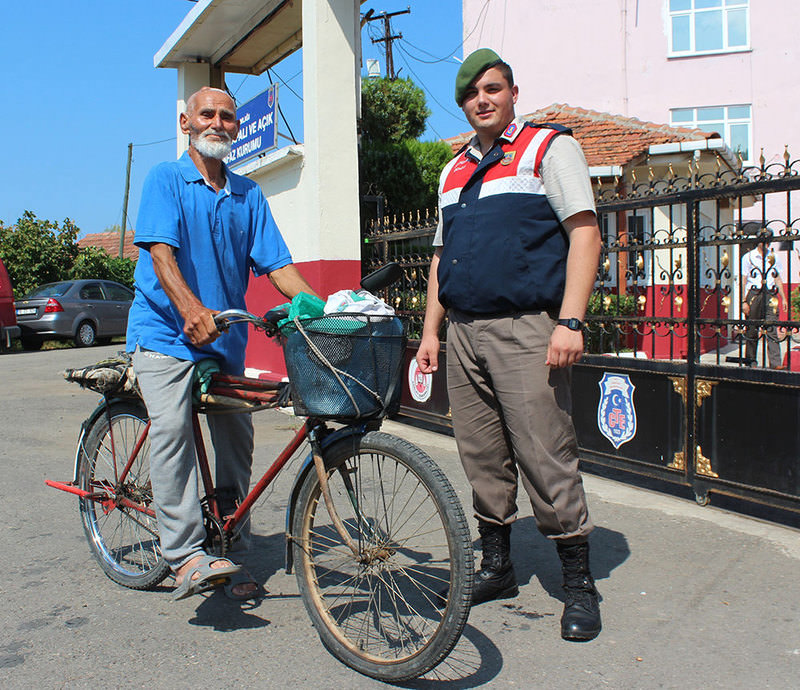 by Daily Sabah with IHA Aug 03, 2015 12:00 am
Nureddin Gönülal, a 76-year old man living in Ödemiş town of the western Izmir province, cycled 1,100 kilometers to the town of Ünye located in the northern Ordu province to see his grandson doing his compulsory military service.

Gönülal started his journey on July 3 and reached Ünye a month later on August 3. He traveled an average of 36 kilometers per day, a praiseworthy performance for his age, especially when extreme heat throughout Turkey is also put into the mix.

The 76-year old man joined with his grandson Saadettin Sevin on Monday.

Gönülal said that he previously cycled to the western province of Çanakkale, around 400 kilometers north of Ödemiş, when his grandson was receiving his military training. He added that his next goal is to cycle to Islam's holy city of Mecca.

Sevin said that he's proud to have such a grandfather.