Tunceli-Erzincan highway closed to traffic due to PKK attacks 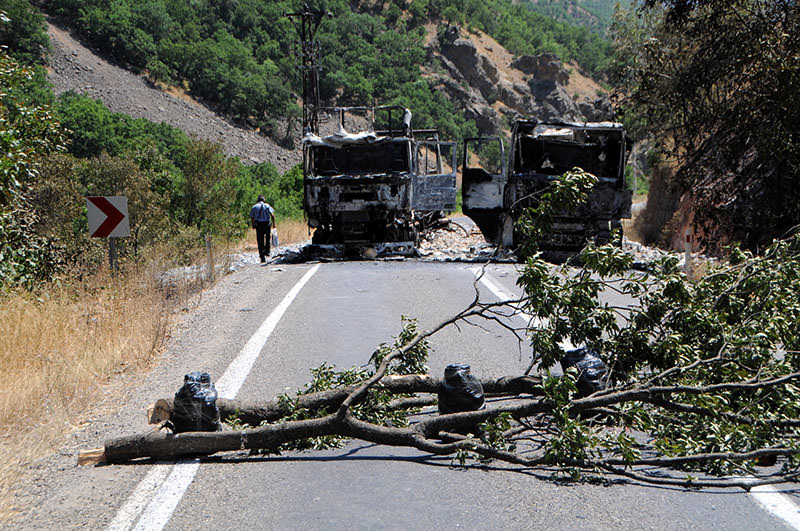 | DHA photo
by Daily Sabah Aug 03, 2015 12:00 am
A highway running between eastern provinces of Tunceli and Erzincan, has been closed on Monday afternoon due to heightened PKK attacks in the region, the Tunceli governorate said in a statement released on Monday.

"The Tunceli-Erzincan highway has been closed to traffic to prevent terrorist threats [PKK] directed at security of life and the property of our citizens," the governorate's statement said.

A group of PKK terrorists had set on fire multiple trucks, one construction equipment and placed three bombs on the Tunceli-Erzincan highway late on Friday night, after which the officials closed the road to traffic. The highway, which connects the Mediterranean and Southeastern regions with the Black Sea region, will be closed until the threat is resolved, Tunceli governorate said in its statement on Monday.