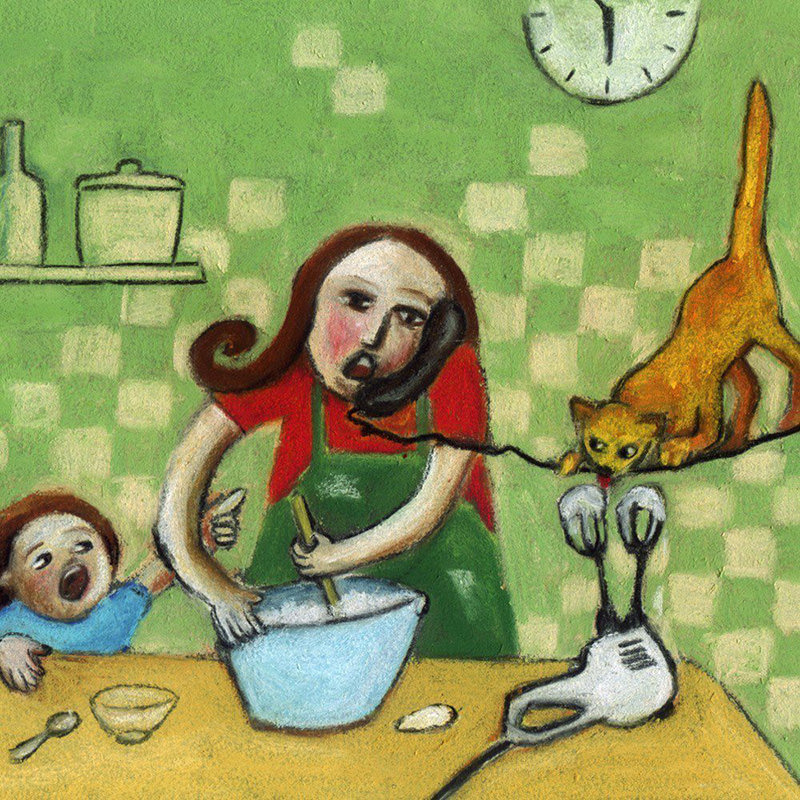 by Didem Atakan Aug 04, 2015 12:00 am
Gendered cultural patterns see the primary task of women as being a wife and a mother and the place of women home, says Ayşe Abbasoğlu Özgören, PhD Candidate at Hacettepe University Institute of Population Studies in Ankara. According to this conservative approach, women can enter the labor market at the secondary position provided that they carry out the tasks of wifehood and motherhood, says Özgören.

In 2004, 23.3 percent of women aged 15 or over in Turkey participated in the work force, whereas this figure increased to 29.9 percent by 2014. This increase of about seven percent suggests that the country is on the right path in terms of increasing its employment opportunities for women, but still has a long way to go.

Values and norms for women in Turkey do not involve being employed, according to World Values Survey Wave 6 carried out in the 2010-2014 period, Özgören says, which covers 57 countries (World Values Survey Association 2014). 63.6 percent of males and 55.1 percent of females in Turkey agree that, "When jobs are scarce, men should have more right to a job than women."

Moreover according to 2013 Turkey Demographic and Health Survey, conducted by Hacettepe University's Institute of Population Studies, Özgören says, the main reason for non-employed women in Turkey not to work was stated as, "being a house-wife" with 21.7 percent, "caring for children" with 19.2 percent, and "partner/family does not allow to work" with 14.8 percent, being among the top four answers. These results indicate that values and norms in Turkey favor low employment rates of women and that child care and house-related work are expected to be carried out by women, Özgören says.

Man's actions to exempt himself from house related work simply stems from his "selfishness, egoism" preferring to have someone else take care of such responsibilities on his behalf, says Istanbul-based psychologist Nermin Makinebakan.

Researchers from the Rochester Institute of Technology in America found that women had no increased chance of dying after their husbands passed away, whereas men were 30 per cent more likely to die after being recently widowed, which Makinebakan thinks can be linked to the men losing their caregiver, who cares for them physically and sets the house in order.

Indeed, according to Turkish Statistical Institute's Time Use Survey 2006 data, working hours at home for women (5 hours 17 minutes per day) is much higher than men's (51 minutes per day), Özgören says, basing the statistics on a 2010-dated work of İpek İlkkaracan, the founder of Women for Women's Human Rights - New Ways Foundation and an associate professor at Istanbul Technical University.

Melda L. (32), who does not want to disclose her name since she details intimate points about her marriage, is a mother of one, and a physical therapist. She graduated top of her class, with ambitious career plans for the future. But, things did not quite turn out as she expected once she got married and had a baby. She kicked aside her dreams of growing in her career, and took on a less-demanding and a more routine-based job with fewer hours. She says, there was no option since she has shouldered all the burden of her child and house responsibilities on her own from day one.

"I come home as tired as my husband, but he expects that I should be the one taking care of the baby as well as housework," Melda says.

"There is a presumption in Turkish society that it is women's job to take care of the house-related work. And men give you this rhetoric when you ask them to help you with anything," Melda added.

"I have not had a social life since the birth of my child [who is 2 years old now]," Melda says.

On top of that, Melda's efforts in raising her child are invisible to her husband, who reportedly says, "What is the big deal about taking care of a child?" And according to Melda, this mentality does not pertain to only her marriage. She says, she observes such an attitude towards women in almost 14 marriages out of 15 in Turkey, disclosing a male-dominant society's hypocrisy over women's role in parenting: the career of motherhood is so "holy" on one hand that paradise will open its doors wide away for mothers, whereas in practice, the 24 hour-7-days-a-week unpaid job with no vacation time, no breaks ever is not even given acknowledged.

Melda says, "Men, society give value to women's efforts in child-rearing as much as their efforts in washing up. They just think, women must do it [take care of their babies] like they think they have to do all the housework, while men are all exempt from such tasks."

Not only the social norms/codes but also labor law in Turkey perpetuates the gender-biased nature of employment. Turkish labor law allows a pregnant woman 16 weeks maternity leave with eight weeks to be taken before the birth and eight after. After the birth, when the paid leave period is over, a working mother may also apply for six months unpaid leave. Fathers, on the other hand, are allowed a paternal leave of up to three days.

Many European countries, on the other hand, allow both parents to share as long as two (France) or even three years (Spain) of unpaid leave. Some are more generous: Germany allows new parents to take up to 14 months of parental leave on 65 percent of their salary, which can be used by mother or father (or both).

The Turkish government launched an ambitious project in 2015 to remove some of the burden from women so that they can juggle both their family life and their careers. The government's new incentives will shift gender-biased parental leave scheme to a gender-neutral one, by allowing both parents to work part-time up to 30 hours a weeks for half the pay until the child reaches school age. The new labor law's resistance to patriarchal gender codes will hopefully reflect on the social norms, encouraging more fathers' participation in child-rearing.