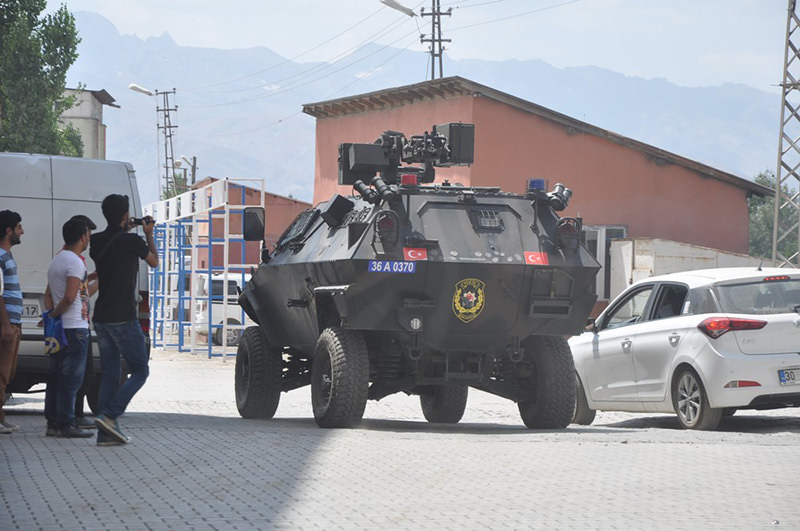 Two terrorists on a motorbike were reported to have undertaken the attack around 12.45 in Hakkari's Yüksekova district. The incident turned quickly into a clash as the police retaliated the terrorists' fire. No one has been reported injured during the attack.

The citizens around the area are panicked, with tradesmen closing down their stores.

The police have launched an investigation into the incident.