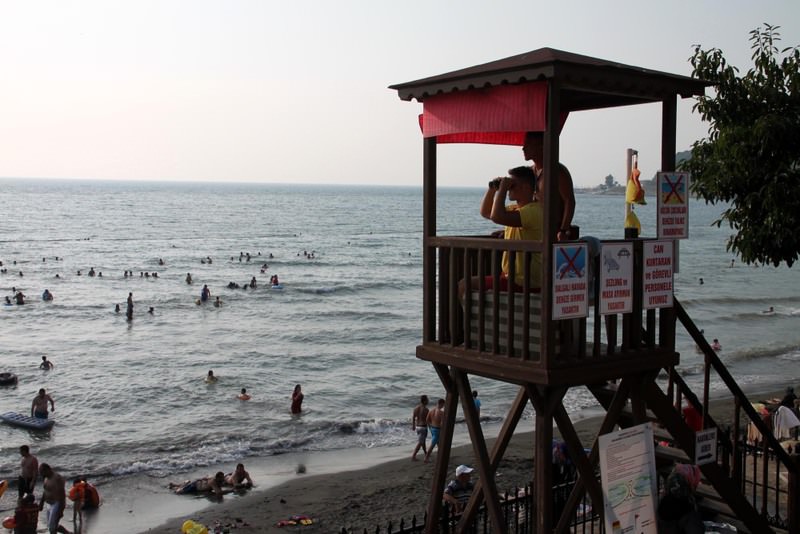 by Daily Sabah with Wires Aug 05, 2015 12:00 am
Swimming is among the few options available to those seeking to escape from the stifling heat. But in proportion to the people flocking to the sea, the number of drowning cases increases. In the past twenty-two days, 100 people drowned across Turkey according to Anadolu Agency and more cases of drowning were being reported as the news went to print.

In the first four days of August, nine people drowned across the country. The rip current, a strong, fast-moving current occurring near the coast, is blamed for the majority of the deaths. In Kandıra, a beach near Istanbul, two people drowned due to the rip current. Kandıra and Şile, the Istanbul beach where five people drowned over the weekend according to Doğan News Agency, are littoral to the Black Sea where the rip current, whose speed reaches up to 70 kilometers per hour, is most frequent.

Authorities assuage the public that beaches in Istanbul, the country's most populated city, are safe for swimming, though they warn about swimming in secluded areas.

Authorities warn swimmers to be cautious against the current and swim parallel to the coast if confronted by the current. Swimming is banned in many beaches under the risk of strong currents but people often defy the ban. Several swimmers were forcibly removed from the sea over the weekend when they ignored lifeguards warning them against the rip current off the Şile coast.
RELATED TOPICS