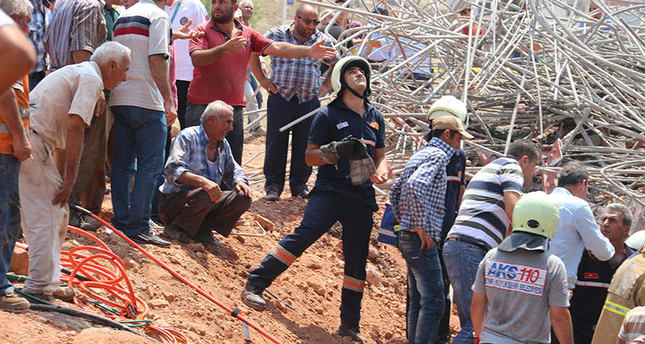 by Daily Sabah Aug 05, 2015 12:00 am
Four workers were killed underneath a steel scaffolding that collapsed on Tuesday in the western city of İzmir.

The victims were at the construction site for a highway overpass connecting İzmir to Çanakkale when the scaffold collapsed.

The bodies of three of the workers were recovered, while the search for the other worker trapped under tons of steel wreckage continued for a while.

The bodies were recovered after hours of search and transferred to Menemen State Hospital.
Last Update: Aug 05, 2015 9:55 am
RELATED TOPICS