Bread: Turkey's staple food also among the most wasted 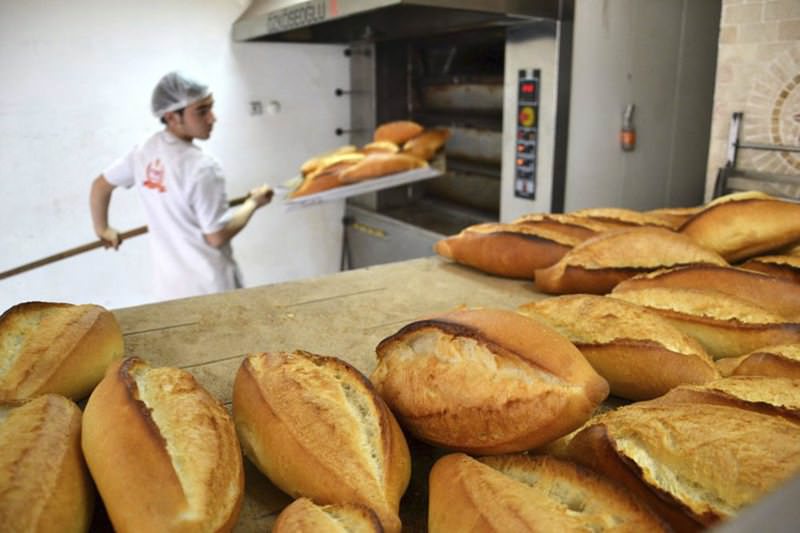 A baker removing loaves of bread from the oven. Over-production of bread by bakeries is among the leading causes of bread waste.
by Daily Sabah Aug 06, 2015 12:00 am

Turkey boasts the highest consumption of bread - the nation's most favorite, almost sacred food - but figures show bread waste is also high in the country, with nearly 1.8 billion loaves going to waste every year

Bread is an integral foodstuff in Turkish cuisine, consumed at breakfast, lunch and dinner, and every other occasion involving eating. An estimated 37 billion loaves are produced annually according to unofficial figures. Ingrained into Turkish culture, it is even deemed sacred, with people kissing a piece of bread that falls on the ground before removing it.

Yet, it is also among the most wasted, as nearly 1.8 billion loaves of bread go to waste every year in the country that made it into the Guinness Book of World Records for the highest annual per capita consumption of bread with 199 kilos per person.

Figures from the Turkish Grain Board, a state-run agency that runs a campaign against bread waste, reveal that 4.9 million loaves go to waste every day. A study conducted by a company selling pre-packaged breads showed that this translates into TL 1.4 billion ($502.25 million) going to waste every year in the country based on the varying price of loaves across Turkey. Company officials said pre-packaged bread may contribute to preventing waste as it can be stored in a refrigerator for up to six months.

To stop the widespread waste that is either simply thrown away or fed to animals, the Grain Board launched a campaign in 2013 to raise awareness about the issue. The campaign's goals include educating children on how to prevent bread from being wasted and informing the public on how to properly consume bread. This includes tips on preserving loaves from going stale, discouraging the purchase of more loaves than needed, and overproduction by bakeries. The campaign also focuses on restaurants and other places where bread consumption is high, as well as its waste.

It also encourages the consumption of whole grain bread instead of traditional white bread. Whole grain bread is more resistant to mold compared to white bread. The campaign boasts decreasing bread waste to 4.9 million from 5.9 million. Still, there is a way to go, as it is still a high figure in a country seeking to boost its economic growth.

The campaign also coordinates efforts for the recycling of stale bread, such as by promoting dishes made with stale bread. The Ankara Metropolitan Municipality has spearheaded efforts with a municipal subsidiary that produces bread by launching the production of chips made entirely of processed bread as a healthy alternative to fried potato chips.

Though no separate figures are available for bread waste, food waste is a common problem in the world with nearly 100 million tons of food going to waste every year in European countries alone. The world's top food companies pledged in June to halve food waste by 2025 at the Consumer Goods Forum (CGF); according to CGF, food waste is responsible for releasing 3.3 billion tons of greenhouse gases.
RELATED TOPICS