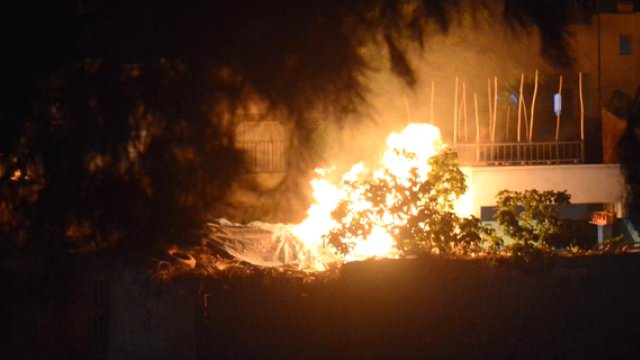 by Daily Sabah Aug 07, 2015 12:00 am
A group of PKK terrorists attacked a police station on Thursday in eastern city of Van with rocket launchers and long barrelled weapons.

Turkish police immediately retaliated and a clash broke out between the terrorists and security forces.

As the gunfight was still going on, an explosive-laden vehicle brought in by the PKK terrorists hit an armored military vehicle and exploded at the scene.

No casualties were reported from the terror attack.

An investigation has been commenced into the incident.

The PKK is also accused of using civilians as human shields in its camps.
RELATED TOPICS