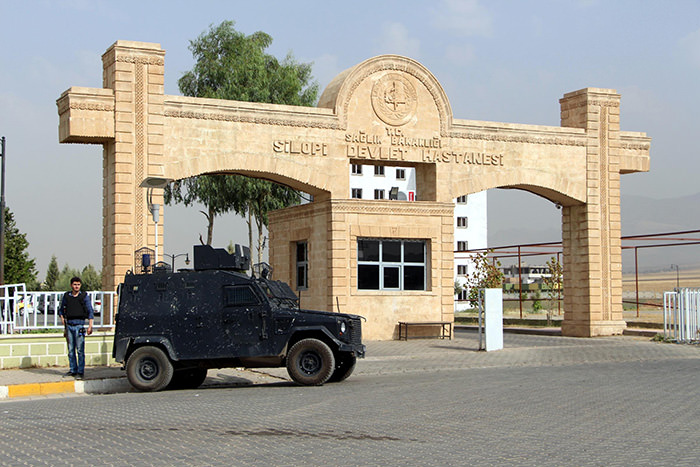 by Anadolu Agency Aug 07, 2015 12:00 am
Four people were killed and seven wounded, including three police officers, in clashes between security forces and members of the outlawed PKK in Silopi district of Turkey's southeastern Şırnak province on early Friday, local officials said.

"In operations against the members of the separatist terrorist organization [PKK], two police officers were wounded, three killed and five injured," the provincial governor's office said in a statement.

The statement said police launched an operation at 05.30 a.m. on Friday against PKK members in Barış neighborhood in Silopi, near the border with Iraq. The operation included closing ditches dug on the side streets in order to block police from entering the area.

After police arrived at the scene with an armored earth digger, suspected PKK supporters opened fire on officers with long-range rifles.

The ensuing clashes, which lasted four hours, resulted in the killing of three people, local sources said. The identities of those killed remain unclear.

The governor's office accused the attackers of previous misconduct, including disrupting the public order, endangering the personal and property safety of district residents, setting up barricades equipped with mines and improvised explosives, digging ditches, and attacking security forces.

One of the critically wounded police officers lost his life on Saturday at the hospital where he was under treatment.
Last Update: Aug 08, 2015 6:57 pm
RELATED TOPICS