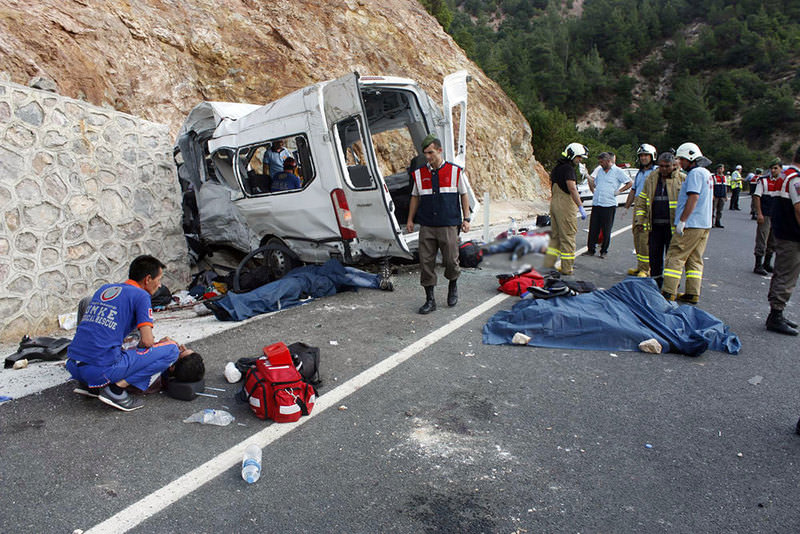 by Daily Sabah with Agencies Aug 08, 2015 12:00 am
Eleven Syrian immigrants died in a traffic accident in Havran district of Balıkesir province of western Turkey on Saturday as the minibus carrying them to the coastal town of Ayvalık crashed into a wall.

Öztürk stated that 8 people died at the scene and one died at the hospital, adding that they fear that the death toll may rise. Two others were later announced dead during the day.

Ihlas News Agency reported the claims that driver Cemal C. was previously caught while carrying illegal immigrants and released by the court pending a trial.

Ayvalık is located some 20 kilometers east of Greek Island of Lesbos and the district is an important transit point of illegal immigrants travelling from Turkey to Greece.