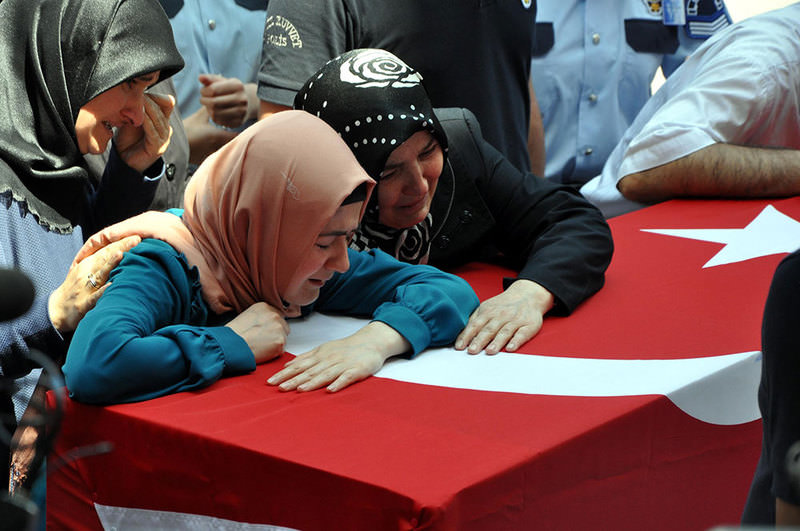 by Anadolu Agency Aug 08, 2015 12:00 am
At least 24 Turkish security personnel have been killed across Turkey in suspected PKK terror organization's attacks since July 7, according to data compiled by state-run Anadolu Agency.

According to the data, at least 11 civilians, including an Iranian national were also killed in such attacks, while 101 people, including three Iranians were injured during the same period between July 7 and August 7.

The data does not include casualties from the recent suspected ISIS bombing in southeastern Suruç town that left at least 32 civilians dead.

During this period, more than 100 vehicles were also allegedly set ablaze by PKK.

Twelve PKK terrorists were killed in clashes within Turkey's borders, while two others were captured injured.

Meanwhile, Turkish Armed Forces have continued to target PKK's positions in and outside the country. In operations conducted until August 1, more than 260 suspected PKK militants, including alleged senior members were killed and over 400 other suspects were detained.

Turkish police have also launched nationwide operations against other outlawed organizations, including PKK, ISIS and the far-left Revolutionary People's Liberation Party-Front (DHKP-C) as well as the Patriotic Revolutionist Youth Movement (YDG-H) portrayed as the youth branch of the PKK.