400 PKK terrorists killed in airstrikes on positions in Northern Iraq 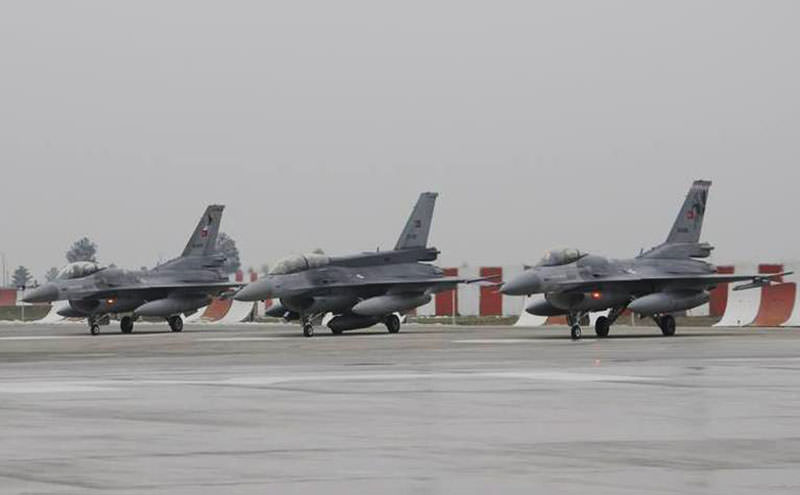 Diyarbaku0131r airbase (u0130HA photo)
by Aug 09, 2015 12:00 am
Nearly 400 members of the PKK terrorist organization have been killed and hundreds injured in two weeks of Turkish airstrikes on positions in northern Iraq, the official Anadolu news agency reported on Sunday.

The report said at least four PKK leaders and 30 female militants were among the dead.

Turkey last month launched a two-pronged "anti-terror" offensive against ISIS in Syria and PKK after a wave of attacks inside the country.

"So far 390 terrorists have been rendered incapable of causing harm and another 400 have been injured, with 150 suffering serious injuries," Anadolu news agency said.

The PKK has meanwhile kept up its attacks on Turkey, killing at least 20 members of the security forces since the start of the latest cycle of violence that has shattered a ceasefire declared in 2013.

In the latest incident, a policeman was killed and another injured in Saturday evening's attack believed to have been carried out by the PKK in the southeastern town of Midyat.
Last Update: Aug 09, 2015 4:46 pm
RELATED TOPICS