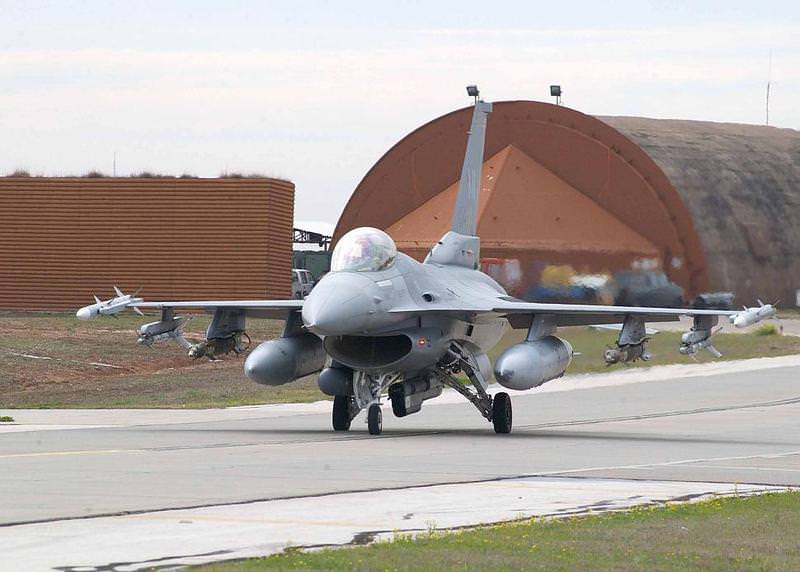 by Daily Sabah with AFP Aug 09, 2015 12:00 am
Eight U.S. military airplanes and 300 ground personnel have arrived on Sunday at the İncirlik airbase in Turkey for the fight against ISIS, reported agencies.

"Six US Air Force F-16 Fighting Falcons deploy to Incirlik Air Base, Turkey, to support the fight against ISIS," the U.S. mission to NATO said in a tweet.

Six US Air Force F-16 Fighting Falcons deploy to Incirlik Air Base, Turkey, to support the fight against ISIL pic.twitter.com/luym4jtffM

The arrival of the fighter jets in Turkey along with support equipment and around 300 personnel was confirmed by the U.S. European Command in a statement.

"The detachment is from the 31st Fighter Wing based at Aviano Air Base, Italy. This follows Turkey's decision to host the deployment of U.S. aircraft conducting counter-ISIS operations," it said.


"The United States and Turkey, as members of the 60-plus nation coalition, are committed to the fight against ISIS in the pursuit of peace and stability in the region," added the statement.

According to media reports, some 30 U.S. fighters and more U.S. warplanes are due to arrive in the coming days to take part in the operation.

The U.S.-led coalition conducted its first airstrike on Wednesday against ISIS targets in northern Syria with an armed drone launched from İncirlik airbase in Turkey.

Only hours before the strikes, the Turkish Foreign Minister Mevlüt Çavuşoğlu had said on the same day that the U.S. drones and aircraft have begun arriving at İncirlik Air Base close to the border with Syria, and an "extensive" fight against the Islamic State of Iraq and al-Sham (ISIS) militants will soon begin.

İncirlik is a key joint U.S. air base used by the Turkish Air Force located outside the city of Adana, some 150 kilometers from the Syrian border. Since November 2011, the U.S. has used armed drones from Incirlik to strike ISIS targets in Syria, supporting the Turkish air campaign against the militants.

The U.S. will now be able to conduct airstrikes from the air base, as per a recent agreement with its NATO ally Turkey that allows the U.S.-led coalition to use the base against ISIS.