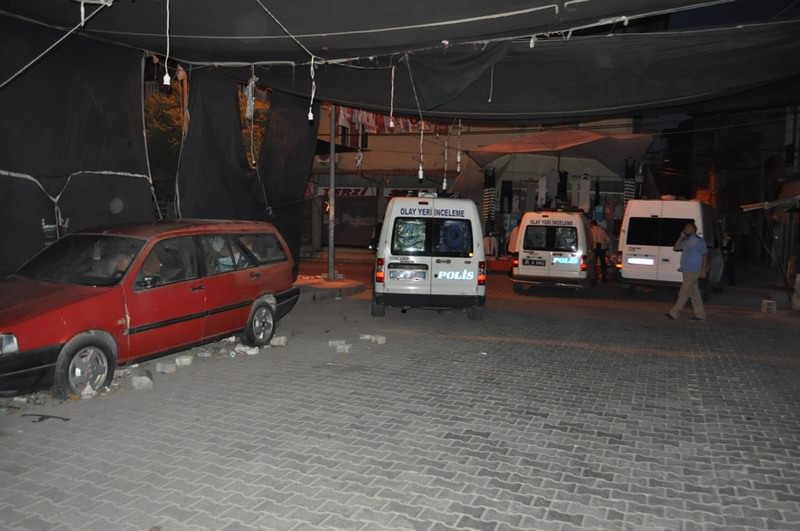 by Daily Sabah Aug 11, 2015 12:00 am
Two explosions occurred at intervals of five minutes on Tuesday evening around 7.45 p.m., first near a police station in Bornova district of Turkey's western Izmir province and second explosion close to the Nationalist Movement Party (MHP)'s building.

The district police had called bomb experts after they noticed suspicious looking packages near the Çamdibi police station in Bornova district. As police took necessary safety measures and waited for the experts to arrive at the scene, two explosions were heard; one in the street next to the police station and another one, 5 minutes later, in front of the MHP's Çamdibi-Altındağ district headquarters.

After the explosions, a large number of police officers were deployed to the area. Besides a few cars, no other damage or casualties were reported.

It was later on found out that the packages were stun grenades.

Izmir Police Chief Celal Uzunkaya said that crime scene investigation teams were looking into the explosions. He also added that the fact that police presciently took safety measures around the area prevented any injuries or deaths.