Turkey has arrested and expelled more than 700 foreign terrorists this year: official 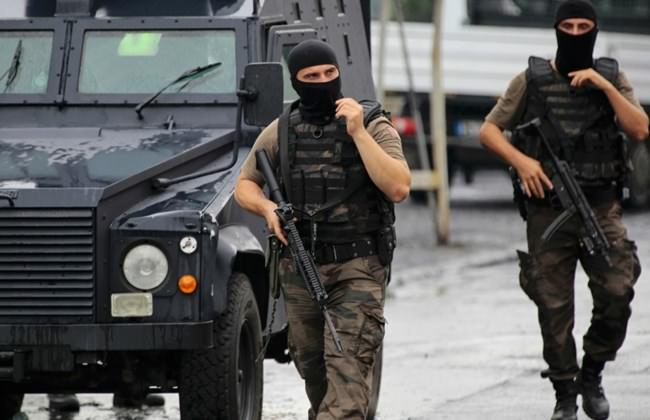 by Aug 12, 2015 12:00 am
Turkey has arrested and expelled more than 700 "foreign terrorist fighters" so far this year as they were trying to enter Syria, a top official said Wednesday.

Cemalettin Haşimi, head of media relations for the Turkish prime minister, told reporters in Paris that the rate of expulsions was increasing - 520 suspected militants were intercepted in the whole of 2014.

In total, since the start of the civil war in Syria in 2011, more than 1,800 suspected fighters have been prevented from slipping into that country from Turkey, said Haşimi.

Turkey has also drawn up a list of 16,000 "foreign terrorist fighters banned from entering Turkey" from 108 countries, said the official.

He urged greater international cooperation to prevent these suspected fighters from leaving their home countries to fight in Syria in the ranks of ISIS.

On Tuesday, they had announced the arrest of 23 foreign nationals, including women and children, seeking to cross into Syria to join ISIS militants via the southeastern border town of Kilis. The suspects were reported as coming from China, Indonesia, Russia and Ukraine.

The issue of foreign fighters is an "international problem that requires an international response," Haşimi said.

Turkey attracts around 40 million tourists every year and "there's no question of carrying out security checks on everyone that comes to our country," he said.

Ankara has long been accused by its Western partners of failing to properly control the frontier and even of colluding with ISIS - allegations it fiercely denies.

In places, the border has been marked only with a crude wire-mesh fence ridden with holes that has provided easy passage to militants and smugglers.
Last Update: Aug 12, 2015 7:46 pm
RELATED TOPICS