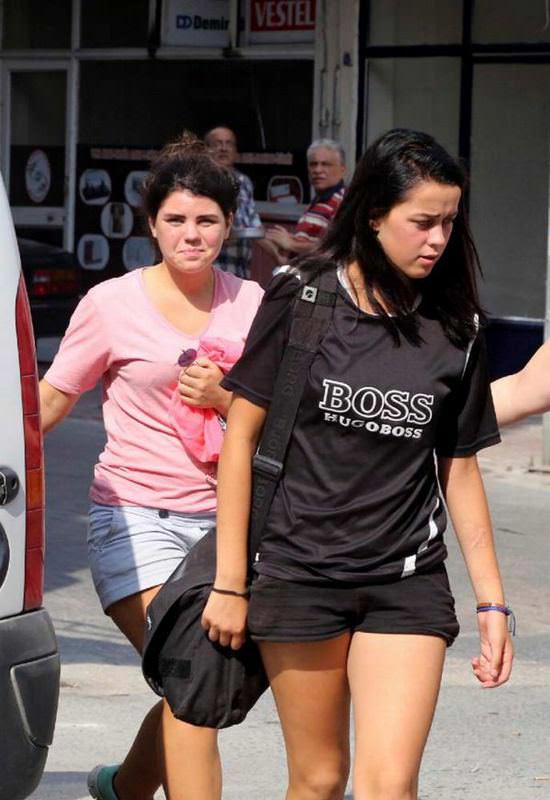 by Aug 13, 2015 12:00 am
Two 15-year-old Norwegian girls who went missing four days ago in southern Turkey's Antalya were found on Wednesday in Mersin, another southern city. They told police they escaped because they would be handed over to social services in Norway as their parents were divorced.

Mia Emilie Haugen and Ida Marie Nodland went missing four days ago while they were spending their vacation in Antalya where Lila Litta Hoholm, mother of Mia, was a resident. Hoholm reported police her daughter who arrived five weeks ago in Antalya from Norway was missing and hung posters of the missing girls across the city.

Police found the girls were in Mersin, a city near Antalya, after staff of a cafe where the girls were present tipped off the police that there were two girls acting suspiciously in the cafe they entered around 5:00 a.m. The girls were handed to a police unit handling the missing persons' cases. The two girls were visibly tired as they were escorted to a hospital for a routine medical check and their blond hair was dyed black. According to media reports, Haugen and Nodland traveled to Mersin by bus. The girls told the police they traveled to Mersin two days ago and stayed in a hostel. The girls, both of them from a broken family, told police they were afraid of being handed to social services in Norway and wanted to stay in Turkey.
Last Update: Aug 13, 2015 1:14 am
RELATED TOPICS