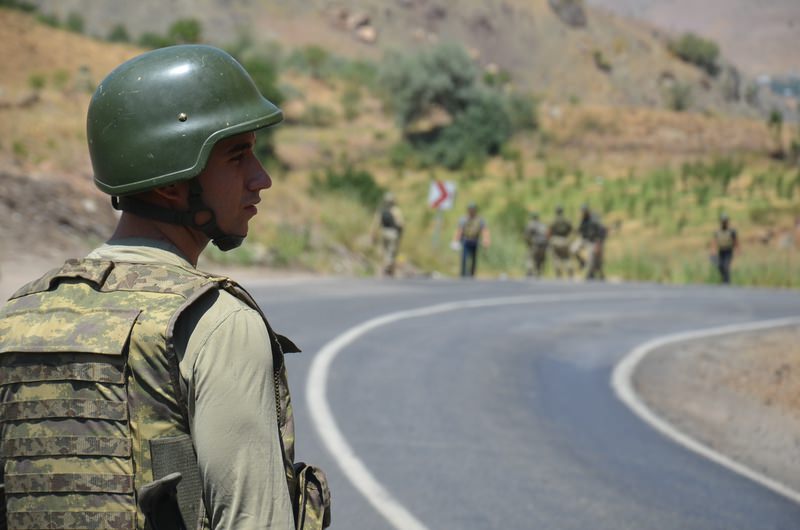 by Daily Sabah Aug 14, 2015 12:00 am
Three soldiers were killed and six were wounded in the clashes that broke out on late Friday between PKK terrorists and Turkish security forces in the district of Yüksekova, in the southeastern
Hakkari province.

A group of PKK terrorists opened fire on the security forces who at the time were sweep searching the area of Dağlıca, 45 kilometers from the district of Yüksekova.

Three Turkish soldiers were killed while six were wounded, according to initial reports.

The wounded soldiers were taken to hospital by helicopter and regional reinforcing forces were sent to the area.