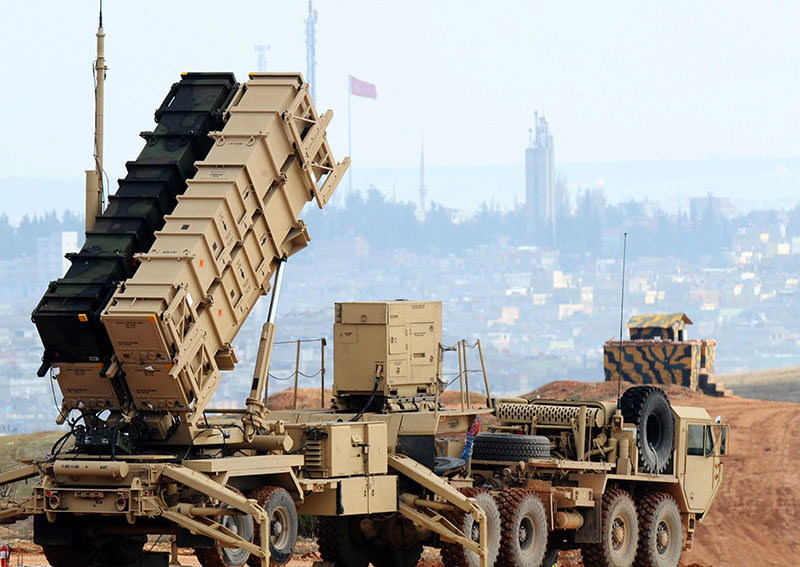 A Patriot missile launcher system is pictured at a Turkish military base in Gaziantep on February 5, 2013 (AFP photo).
by Daily Sabah with Wires Aug 15, 2015 12:00 am
Germany will pull out two Patriot missile-defense batteries and 250 soldiers deployed in south-eastern Turkey to thwart attacks from war-torn Syria, a Defense Ministry spokesman said Saturday.

Turkey had requested the batteries from its NATO military alliance to help it bolster its air defenses against possible missile attack from Syria.

The Defense Ministry spokesman said Germany's decision was based on an assessment that the threat of missile attacks from Syria had significantly diminished.

NATO in 2013 stationed five Patriot missile batteries about 100 kilometers from the Syrian border. Germany and the United States provided two batteries each while the fifth came from Spain.

German magazine Der Spiegel broke the news that Germany had decided to pull its Patriot team before the mission's mandate ends on January 31.

"Together with our NATO partners we have defended the Turkish people against possible missile attacks from Syria," Defense Minister Ursula von der Leyen said in a statement. "Our Patriot missiles have successfully carried out their mission."

The deployment was criticized by opposition parties in recent months for being costly and ineffective and media reports claimed the mission was using too many of the German army's missile specialists.