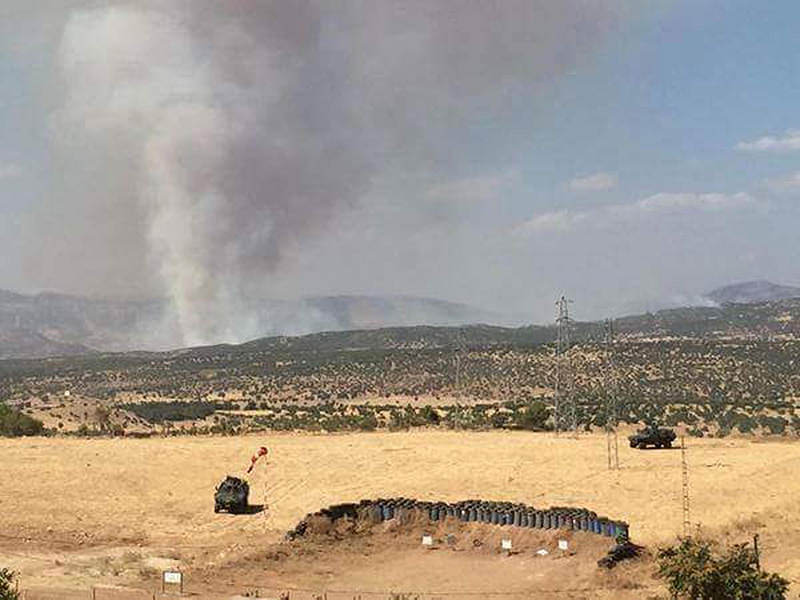 | DHA Photo
by Anadolu Agency Aug 18, 2015 12:00 am
Gendarmerie Lieutenant Hubeyib Turan died early Wednesday in a local hospital after a gunfight between the Turkish army and PKK terrorists in Turkey's southeastern Diyarbakir province left him wounded, raising the two-day death toll in ongoing clashes to four. The Turkish General Staff also confirmed the toll on Wednesday.

The Turkish Armed Forces said Tuesday evening that the fighting began when the provincial and district gendarmerie command launched Monday evening an operation after suspected PKK terrorists had set up roadblocks on the highway between Diyarbakır and Bingöl.

Four soldiers were taken to hospital, where one of them succumbed to his injuries on Tuesday.

One of the soldiers has been identified as Gendarmerie Commando Sergeant Latif Adıgüzel. His father, Mustafa Adıgüzel told Anadolu Agency that his son had been engaged two months ago.

"We were going to hold his wedding ceremony in a month. Tell those traitors [PKK terrorists] that I have two more sons," he said.

Adıguzel will be buried in his hometown, central Nevşehir province after a funeral ceremony in Diyarbakır on Wednesday.

Another soldier who was killed was Gendarmerie Commando Sergeant Muhammet Tufan, who left behind two children. After his parents were informed of his death, Turkish flags were reportedly hung up in the neighborhood where they live in central Eskişehir province.