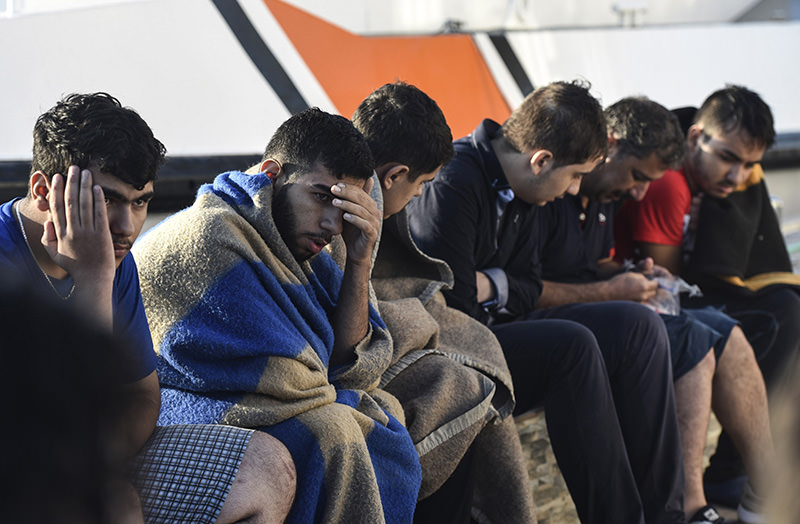 The migrants were among hundreds who left Bodrum, a resort town in southwestern Turkey, aboard rafts and larger fiberglass boats. A fiberglass boat carrying 29 migrants sank off the Akyarlar district of Bodrum. Twenty-four migrants were rescued by the Coast Guard while three women and two men died.

Kos is located some 4 kilometers away from the Turkish coast, making it a favorite destination for migrants who risk their lives to reach Greece, their main gateway to the EU where they hope for a better life after escaping conflicts in their home countries.

As many as 1,000 migrants are estimated to cross every day to the Greek islands of Lesbos, Kos and smaller ones dotting the Aegean Sea. Although there are people from other countries as well, Syrians make up the majority of migrants.

Speaking to Agence France-Presse (AFP), Metin Çorabatır, president of the Ankara-based Research Center on Asylum and Migration (IGAM), said after more than four years of civil war many of the 1.8 million Syrian refugees in Turkey are losing hope of ever going back home and are instead trying their luck getting into the EU.

"Smugglers encourage refugees to travel to Europe with pledges of better lives in return for money," said.

Çorabatır said it was a profitable business for smugglers and that the money they get varies according to the number of people waiting to cross and their destination.