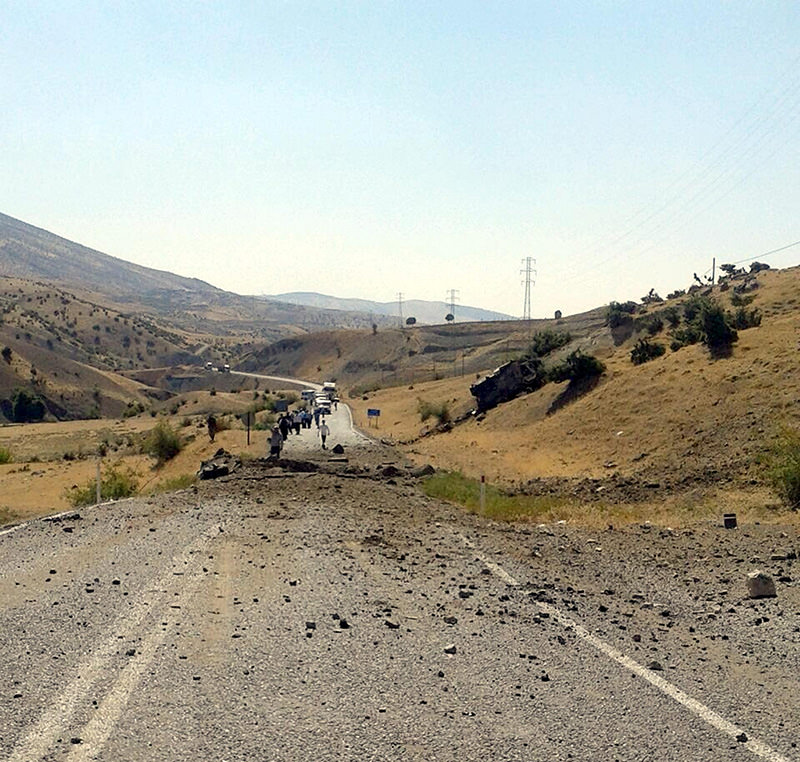 | DHA Photo
by Daily Sabah Aug 19, 2015 12:00 am
Eight soldiers have been killed in a bomb attack by PKK terrorists in Turkey's southeastern province of Siirt. The attack was carried out on a military vehicle after a remote-controlled roadside bomb was detonated by the PKK terrorists, reported security sources.

Turkish General Staff said in a statement on Wednesday that PKK planted hand-made explosives on a highway in the province of Siirt and detonated them around 14.10 local time.

The attack came amid a surge in violence across Turkey's southeast after the breakdown of a two-year ceasefire with the PKK last month.

Security officials have launched an operation in the region to track the terrorists.