PKK terrorists steal everything of any value, including 6,400 cups of yoghurt 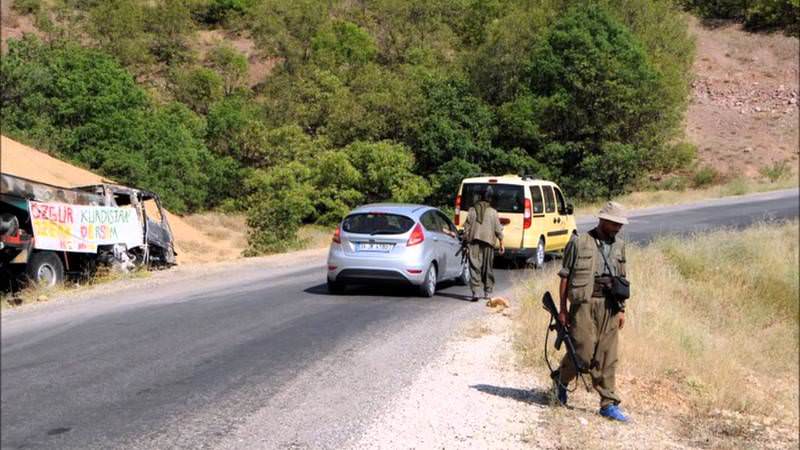 by Daily Sabah Aug 19, 2015 12:00 am
Turkey's General Staff released a statement on its official web site on Tuesday stating that PKK terrorists stopped a vehicle in the Beytüşşebap district of southeastern Şırnak province and stole 6,400 cups of yoghurt.

The statement said "A group five PKK terrorists, two of whom were female, blocked a road in Şırnak's Beytüşşebap district on July 17, 2015 at 03.00 p.m. and ceased a local's vehicle from which they seized 6,400 cups of yoghurt."

In the meantime, another group of PKK terrorists ceased the Tunceli-Ovacık highway at around 3.30 p.m. and blocked the flow of traffic. They stopped many vehicles and set three cars on fire. The road was re-opened at around 7.40 p.m.

Formed in 1978, the terrorist group has been fighting the Turkish government for an independent state until the early 2000's. The group then shifted its goal to autonomy in predominately Kurdish inhabited regions of Turkey.
Last Update: Aug 19, 2015 2:16 am
RELATED TOPICS