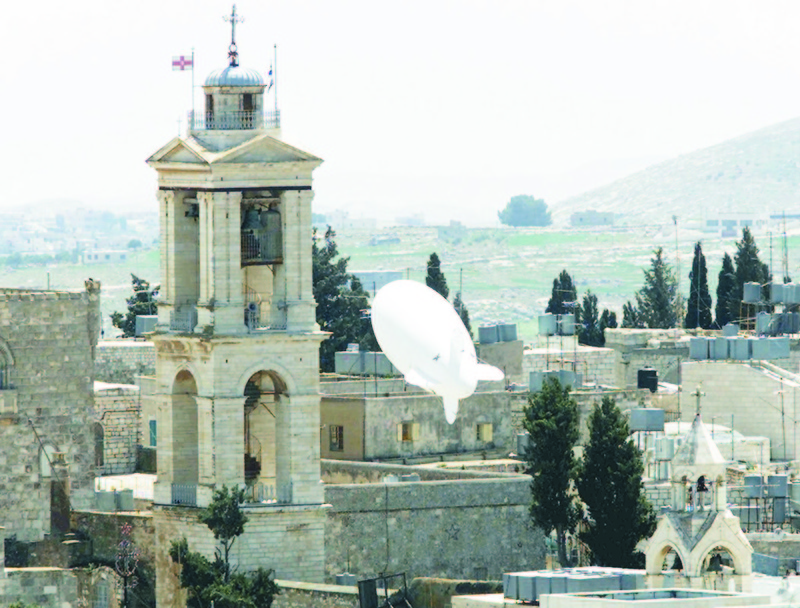 by Daily Sabah with Wires Aug 19, 2015 12:00 am
Turkish Cooperation and Coordination Agency (TİKA), the country's state-run agency known for the development assistance it provides to almost every part of the world, finished a project in Lebanon that involved renovating an old Orthodox church.

The renovation project was part of the agency's bid to boost Turkey's reachout to communities especially in its surrounding region where countries sharing historical ties with the country's Ottoman past are located. Turkey has recently expanded its work to construct mosques around the world, but it also looks to foster ties with non-Muslim communities as well; the Lebanon project is regarded as a step in that direction. TİKA already pledged to donate close to $100,000 for the restoration of the Church of the Nativity in Bethlehem, which is believed to have been built at the site of Jesus Christ's birthplace.

Hacı İbrahim Erbir, TİKA's Beirut representative, said the agency wrapped up the renovation project and the redecoration of the church's courtyard in less than two months. He added that the project demonstrates that the agency does not discriminate against any religion, sect or ethnicity when reaching out to people around the world.

St. George Church, which the agency renovated, is located in a Turkmen village in Lebanon's Akkar district. The village is home to a mixed population of Turkmen and Christian Arabs. Erbir said they might undertake similar renovation projects in Lebanon. "The importance of serving people without discriminating against their religion is particularly significant in Lebanon where 18 sects and many faiths coexist," he said.

TİKA is known for its development and aid projects around the world, as diverse as donating reindeer to a Mongolian community as a livestock aid and repairing mosques around the world.
RELATED TOPICS