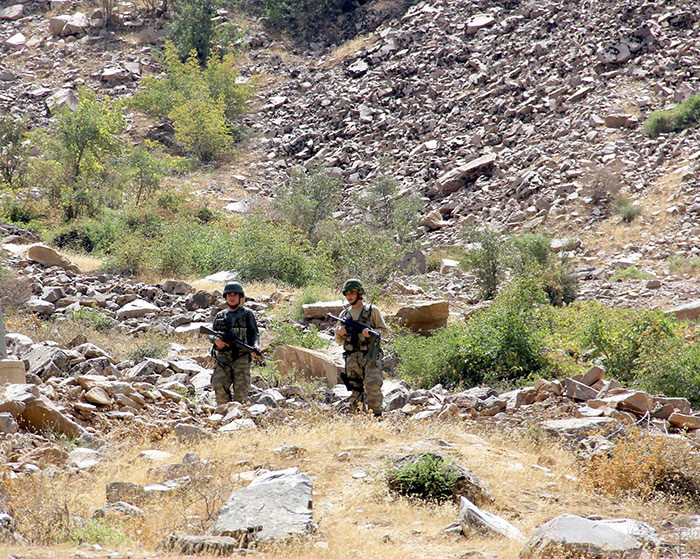 |File Photo
by Daily Sabah with AA Aug 21, 2015 12:00 am
At least 771 suspected PKK terrorists have been killed in operations carried out by Turkey's security forces between July 22 and August 20, figures compiled by Anadolu Agency reveal.

The data were obtained from various security sources, including Turkish General Staff official statements plus police and gendarmerie sources.

Out of the 771 killed, 430 died in airstrikes in northern Iraq, including the Qandil Mountain.

Also, more than 450 PKK members have been injured in various operations against the group.

A total of 260 militants were killed inside Turkey and more than 250 others were wounded, security forces numbers claim.

The sources added that a total of 18 militants were killed Thursday in Karaçalı, located in Turkey's southeastern Şırnak province along the border with Iraq.