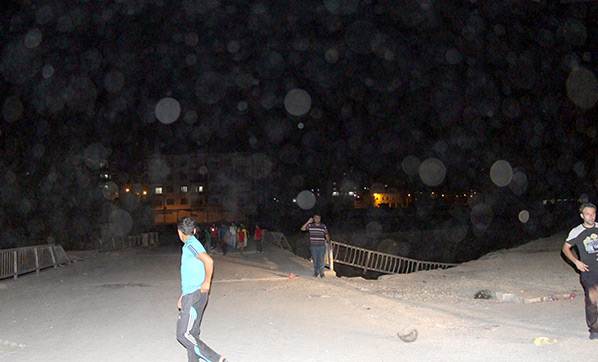 Houses and workplaces around the bridge have been severely damaged.

After the explosion, three locals two of whom were children were wounded because of broken glasses caused by the attack.

The bridge was heavily damaged because of the bombing.

After the incident, Mardin governorate released a written statement. Condemning PKK terror, the governorate emphasized its determination to the peace of locals and to fight terror by all available means.

Formed in 1978, PKK terrorist organization had been fighting the Turkish government for an independent state until the early 2000's. The group then shifted its goal to autonomy in predominately Kurdish inhabited regions of Turkey.

Since then, PKK has killed 39 soldiers and 16 police officers.
RELATED TOPICS