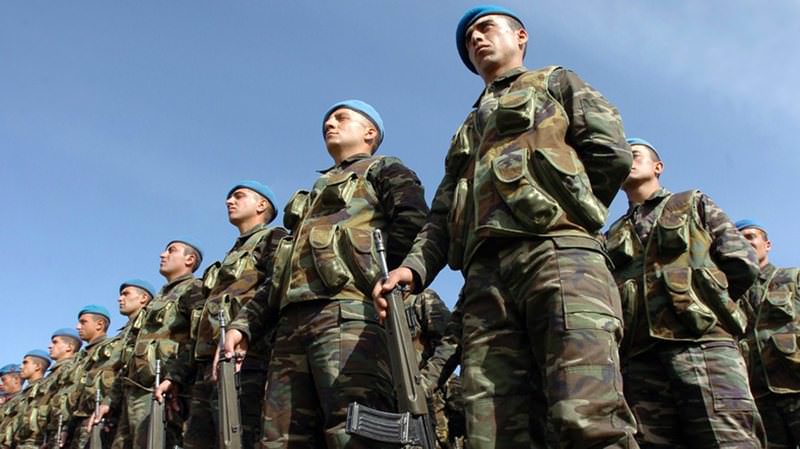 by Daily Sabah with AFP Aug 21, 2015 12:00 am
A mandate to extend military action into Syria and Iraq, within the scope of Turkey's anti-terror efforts, was submitted to the Turkish Parliament, a government official said on Friday.


"Threats to national security are urgent and growing," said the mandate, asking for a year's extension for military action into Syria and Iraq.

The current mandate under which the Turkish armed forces launched airstrikes in Iraq and Syria expires on October 2, the official told AFP on condition of anonymity.

"The process to extend it has started," the official said, adding that the document was sent to the parliament speaker's office, having been signed by the cabinet.

It now needs to be approved by parliament.

The mandate allows the use of the armed forces in neighbouring Syria and Iraq as well as for foreign forces to transit Turkish territory in operations against ISIS extremists.

The mandate allowed the Turkish army to make a land incursion deep into Syria for the first time in late February to re-locate a historic tomb.

The terms of the mandate also permit U.S. air forces to use Turkey's Incirlik air base to make lethal strikes against IS jihadists in Syria, which have now commenced after months of negotiations.

Turkey is waging a dual offensive against ISIS militants and Kurdish rebels in Iraq and Syria after a suicide bomb attack in a town on the Syrian border by suspected ISIS militants killed 33 pro-Kurdish activists last month.

Kurdish militants then killed two police in revenge, prompting the Turkish army to launch airstrikes on bases of the outlawed PKK in northern Iraq and in the Kurdish dominated southeast.