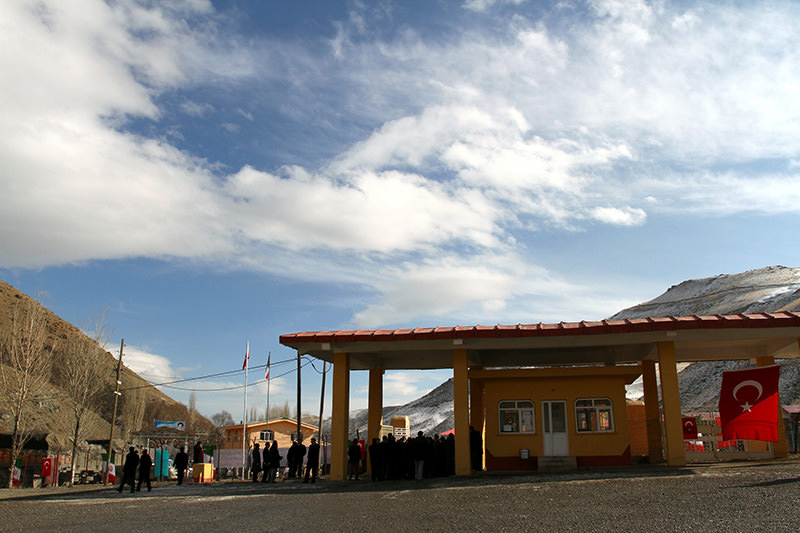 Kapu0131ku00f6y border gate in Van | AA photo
by Daily Sabah Aug 23, 2015 12:00 am
11 customs officials and a driver missing in Turkey's eastern province of Van for the last two days have been kidnapped by the PKK terrorists, said the Turkish military on Sunday through its official website.

The customs officials were carrying out their duties at the Kapıköy border gate between Turkey and Iran.

11 customs officers working at the border gate with Iran and a driver went missing as they were returning home from work in the eastern province of Van on Friday afternoon, authorities said on Saturday.

A search has been underway for the last two days to find the kidnapped customs officers.

Meanwhile, a Turkish soldier was killed and three others were injured in an attack by PKK terrorists in southeastern Diyarbakır province, security sources said on Sunday.

Soldiers were guarding the construction site of a hydroelectric dam in Diyarbakir's Kulp district when they came under rocket and gun attack, the sources added.