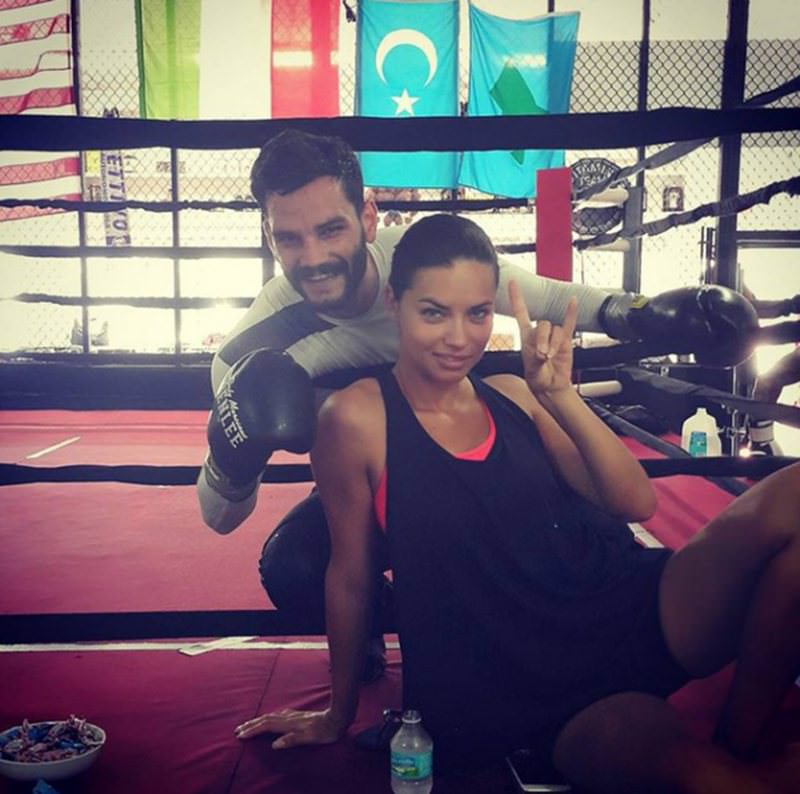 by Aug 25, 2015 12:00 am
The spokesman of Victoria's Secret lingerie model Adriana Lima has stated that she has "no affiliation to any political party in Turkey" and was tricked by a local man into making a nationalist hand gesture, which subsequently went viral on social media.

A video showing Lima giving a symbolic "grey wolf" hand gesture in a gym has been circulating on social media for weeks. The gesture, which is associated with the Nationalist Movement Party (MHP), is formed by placing the ring and middle fingers on the thumb, thus forming the head of a wolf - a symbol of Turkish nationalism.

"The video was prompted and taped by a Turkish boxer who visited Adriana's local gym in Miami earlier this summer. She was told the hand signal and call-out were the names of his local gym," Lima's spokesman told MailOnline on Aug. 25.

"She was unaware of the wider context of what she was doing or its association to a political group. Adriana has no affiliation to any political party in Turkey and unequivocally denies any implied association to these organizations" the spokesman added, according to the report. "She is personally disappointed that her good will was taken advantage of to create a video, released without her knowledge or consent, that upsets any community."

The hand sign has most recently came to Turkish media's attention when Ekmeleddin İhsanoğlu, the former head of the Organization of Islamic Conference (OIC) and a former Turkish presidential candidate, was left red-faced after mistaking the grey wolf hand gesture for the "rock-on" sign.
Last Update: Aug 25, 2015 6:42 pm
RELATED TOPICS