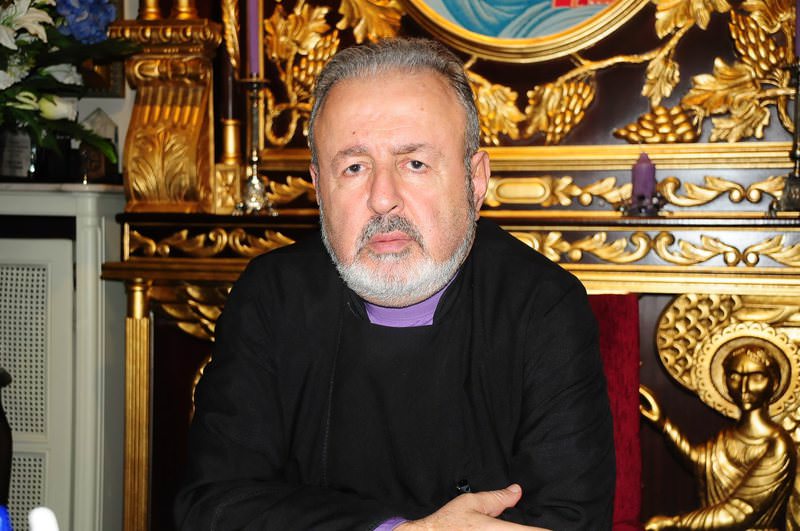 by Daily Sabah with IHA Aug 26, 2015 12:00 am
An Armenian archbishop announced on Tuesday that a religious event planned for September in a historic church in the eastern Turkish province of Van has been canceled due to security, as the PKK terrorist organization increased its attacks in the region.

Aram Ateşyan, acting head of the Armenian Patriarchate, said they cancelled the event scheduled for Sept. 6 at Akdamar Church due to security problems. Ateşyan said the mass and related events that would boost faith tourism in the region as they host a considerable number of the faithful from other countries, may be held in the future but for now, visitors were afraid of visiting the region in the wake of PKK attacks. "Many people cancelled the bookings here and when we realized the attendance would be low, we decided to cancel it as it wouldn't be a major event as we intended to do," Ateşyan said. He underlined that people were naturally scared because of rising violence and they were concerned as well. "We will hold the mass on another date if the situation improves," he said.

Turkey has been hit by violence since a suicide bomb attack by a suspected Islamic State of Iraq and a-Sham (ISIS) supporter killed 33 activists in Suruç on July 20. The PKK, which is recognized as a terrorist organization by Turkey, the United States and the European Union, stepped up its attacks, killing dozens of military and police officers as well as civilians in the attacks since then. Ankara, in response, intensified its counter-terrorism operations with airstrikes on PKK targets in northern Iraq and a crackdown on militants hiding in mountainous territories in southeastern and eastern Turkey.

Tourism is already hit by terrorism with bookings being canceled and occupancy rates in hotels decreasing in the wake of attacks. The tourism sector in Van reported the cancellation of all bookings through October, with the manager of a hotel speaking to Anadolu Agency stating that they have seen a 70 percent decline in reservations. Another hotel manager said their occupancy rate, which was around 90 percent in the same period last year, dropped to 30 percent this month.

Akdamar Church, or the Church of the Holy Cross, was built in the 10th century, had hosted the first religious service by the Armenian community in the history of the Republic of Turkey last year, four years after it was renovated and reopened. Armenian, Greek Orthodox and Assyrian Orthodox church leaders had attended the Divine Liturgy in a landmark convergence of different Orthodox churches. The church is a popular destination for Turkish and foreign tourists.
Last Update: Aug 26, 2015 1:47 am
RELATED TOPICS