US a new home for Istanbul's stray golden retrievers 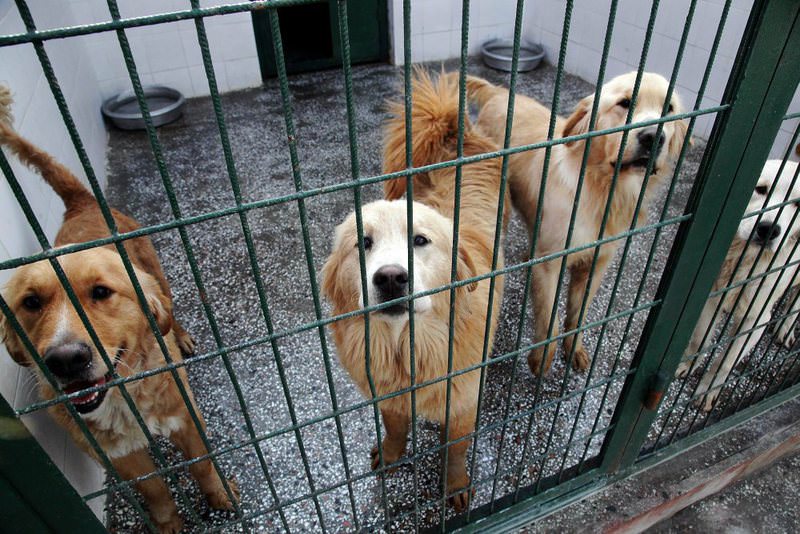 American animal rights activists have extended a helping hand to golden retrievers in Istanbul that were abandoned by their owners. More than 200 dogs will fly to the U.S. as part of the ‘Adopt a Golden' project

Istanbul is home to a large number of golden retrievers that were left in animal shelters either by their owners or found as strays on the streets. Adopt a Golden, an animal rights' nongovernmental organization (NGO), recently launched a campaign to save them from overcrowded shelters and give them a new home in the United States. A total of 36 dogs flew to Atlanta, Georgia, last May in what the NGO website dubbed the "largest rescue of golden retrievers internationally," and another 15 dogs were flown in from Istanbul last month. Now the Alabama branch of the NGO started a new rescue operation to bring a total of 214 golden retrievers from Istanbul.

The "Turkey Dogs" campaign, started by Adopt a Golden Alabama, launched when six golden retrievers were treated to a homecoming party in Birmingham, Alabama, where they met their new owners and were given new names after being flown to the U.S. from Istanbul.

A donation campaign was also launched, as activists say they need $9,000 for the dogs' transportation. A fundraising event is scheduled for Sept. 10 in which golden retrievers already calling the U.S. home will attend.

Though interest is high in adopting a golden retriever from Turkey, a lengthy adoption process poses a problem for owners. Dogs are transported to the U.S. by a company that specializes in animal air travel, and the dogs are provided a comfortable environment during the grueling flight of more than 10 hours.

Purebred golden retrievers were victims of a fad among Turkish high society in the early 2000s. Their rich owners quickly got bored with the poor animals, and they were abandoned on the streets. Though many found a home in animal shelters after they were spayed and neutered, others struggled to survive on the streets - an environment to which they are not accustomed. Now, as animal shelters are already overcrowded, they face a new threat to their lives.

Istanbul, Turkey's largest city, is famous for its stray cats and dogs, which are ubiquitous in the city. Stray dogs are re-released to the streets after they are vaccinated to prevent rabies infections, and their ears tagged to show they are vaccinated. Once, there were plans to ship the dogs to forests far from residential areas to provide "a natural habitat" for them, but it was quickly shelved after reaction from animal rights activists.

Golden retrievers, which are famous for having a gentle temper and a warm disposition, are in danger of being mauled to death when engaged in fights with other dogs on the streets, raising concerns among concerned citizens.
RELATED TOPICS