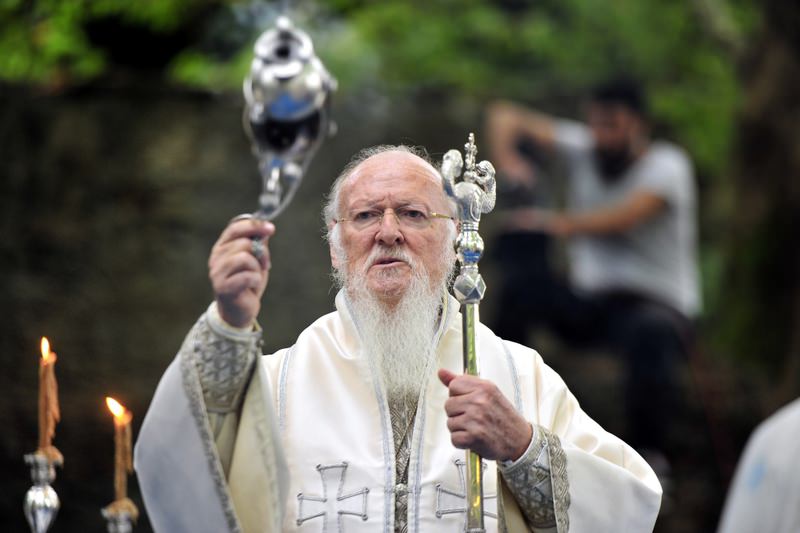 by Daily Sabah with Wires Aug 28, 2015 12:00 am
The heads of Greek Orthodox churches from around the world will convene in Istanbul tomorrow at an event hosted by the Istanbul-based Fener Greek Orthodox Patriarchate. A total of 140 bishops and archbishops will participate in the five-day event in Istanbul between August 29 and September 2 in Istanbul.

In a statement, the patriarchate said the prelates would "exchange ideas" and discuss a wide-range of issues, from a Pan-Orthodox Synod, which is scheduled to be held next year, to environmental issues and churches' role on the matter, interfaith dialogue and other social issues. Clerics from churches in the United States, Europe, Australia and Asia will attend the convention, the statement said.

The meeting, which will be hosted by Patriarch Bartholomew I, will likely mainly focus on the Pan-Orthodox Synod. Next year's synod is expected to discuss the way autocephaly, or self-governance status, is granted to Orthodox churches, changes to the church calendar and the rules on marriage of clergy members.

Planned since the 1960s, the synod will allow for major changes to the church to be proposed, but according to the experts, the meeting scheduled for 2016 may not yield reforms since Orthodox churches remain divided. The Fener and Russian Orthodox churches have been competing for decades for ecumenical status in the Orthodox world. The Fener Patriarchate in Istanbul is seeking a "primus inter pares" or "first among equals" status among 12 churches, but the Moscow-based Russian Orthodox Church has questioned its attempts to do so.

The Fener Greek Orthodox patriarchate, in its self-appointed ecumenical status, has been based in Istanbul since the time of the Byzantine Empire that collapsed after the Ottoman conquest of Constantinople. It has direct authority to assign and dismiss prelates in churches in several countries, from New Zealand to Panama.

The patriarchate has a small congregation in Istanbul but many of its followers live abroad, mainly in the United States.
RELATED TOPICS