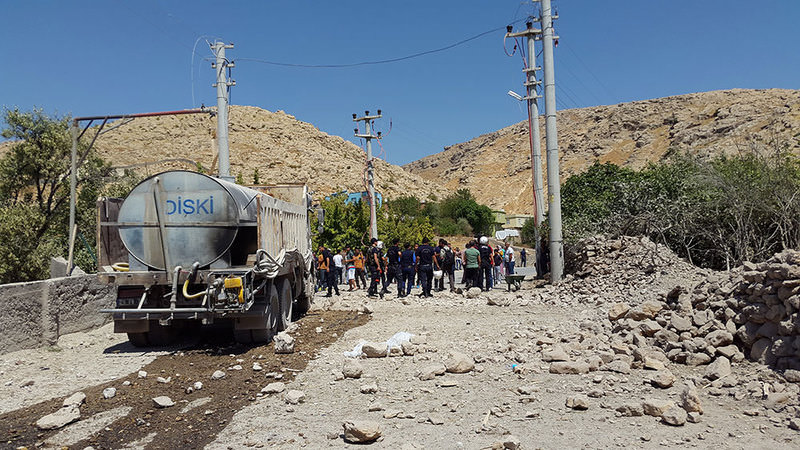 PKK terrorists remotely detonated explosives on a road, killing one child and critically injuring another on Sunday in Silvan district of Turkey's southeastern Diyarbakır province.

The victim -- a 13-year-old boy named Firat Simpil -- was hit by an explosion from a roadside bomb as he passed in Silvan, Diyarbakir province. The device is believed to have been placed by the road to target a military vehicle.

"Acts like this are examples showing that the terror organization [the PKK] pays no attention to civilian lives."

Yilmaz said that on the other hand, the Turkish state is showing extreme sensitivity while combating terrorism so as to avoid harming the civilian population.

"Our security forces are fighting terrorism on one hand, and are showing maximum effort on the other to avoid even the slightest damage to our citizens," he said.

The minister went on to express his condolences to the Simpil family who lost their child on Sunday and to the locals of the Silvan district.

The attack is the latest since the PKK, which is designated a terror organization in Turkey, the U.S. and EU, renewed an armed campaign against the Turkish state in the aftermath of the July 20 suicide bombing in Suruc, Sanliurfa province.

This has been the fifth civilian casualty this week sufferred in urban areas, while another woman was murdered by gunfire as the car she was travelling did not stop in a PKK checkpoint in the Erzincan province.

More than 60 members of the security forces have been killed in the violence, while Turkey says land and air operations in Turkey and northern Iraq have killed over 900 militants.