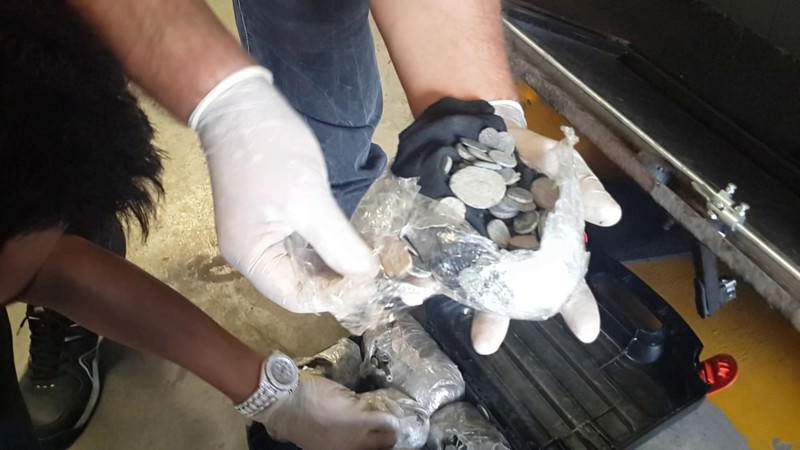 by Compiled from Wire Services Sep 02, 2015 12:00 am
Customs officials confiscated 3,300 historical artifacts discovered in a truck at Istanbul's Pendik port. The truck was en route to the Netherlands when officials checked it in a customs area. The artifacts found in six packages include arrowheads, crosses, rings and coins. According to the initial examination by archaeologists, items include artifacts from Roman, Byzantine and Ottoman eras. Artifacts were sent to the Archaeology Museum of Istanbul while the truck driver was detained.

Artifact smuggling in Turkey is on the rise according to recent figures although the authorities stepped up measures especially in the wake of a conflict in neighboring Syria, where a state of lawlessness facilitates the smuggling of artifacts.

The number of historical artifacts seized by Turkish authorities rose tenfold last year compared to 2013, as revealed by latest figures.

A total of 1,042 artifacts were confiscated at the Turkish border en route to the country, possibly to be sold to Turkish buyers or buyers from other countries.

The Turkish Directorate of Customs Guards elevated measures against smuggling with an improved training program for its staff and electronic tracking and monitoring systems on the borders. Turkey also cooperates with INTERPOL, which offers a comprehensive database of artifacts reported stolen and missing. Operation Odysseus, coordinated by the World Customs Organization in cooperation with Turkish authorities, also helps combat artifact smuggling.
RELATED TOPICS