Pro-peace youth gunned down amid PKK violence in southeast 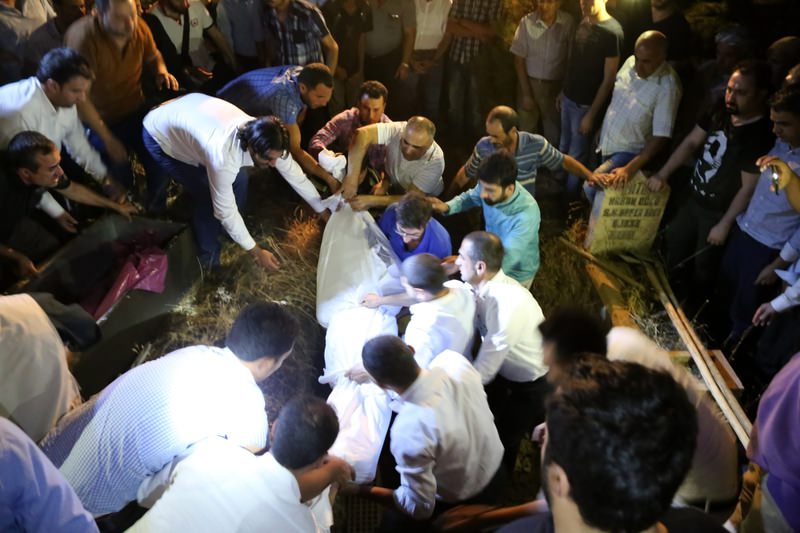 The killing of Yunus Koca, the former head of the AK Party's youth branch in Diyarbakır sparked outrage a few days after he tweeted his longing for peace in the region amid a string of attacks by the terrorist organization PKK

Yunus Koca, the former head of the Justice and Development Party's (AK Party) youth branch in Diyarbakır, was killed just days after publishing tweets opposing the new wave of PKK violence in the southeast. Koca was assassinated on Monday in a presumed PKK terrorist attack. The perpetrators fled the scene after firing at Koca while he was leaving his pharmacy in the city's Sur district. Two suspects were captured yesterday, along with the murder weapon, although officials did not make any statement regarding their identities. Koca's murder sparked outrage across the country. Koca was known for his stance against terrorism, and his death came a few days after he tweeted his longing for peace.

In a tweet, Koca said his hometown had "turned into a ghost town" after the PKK intensified its attacks against security forces and civilians. Koca also tweeted, "Children have no hope in this city. Mothers are scared and fathers are concerned. Young people die meaninglessly. Are you happy?"

His death drew widespread condemnation with many analysts linking the murder to the PKK. People took to social media to denounce the murder and called for an end to the violence in Diyarbakır and the rest of the southeast. Killings in the region have become common occurrences since July when the PKK exploded a bomb in Şanlıurfa's Suruç district and ended a truce with the Turkish government.

President Recep Tayyip Erdoğan and Prime Minister Ahmet Davutoğlu telephoned Koca's family to express their condolences while fellow party members from around the country arrived in Diyarbakır to attend his funeral on Monday. Funerals in absentia were also held in several Turkish cities yesterday for the victim.

While paying a visit to Koca's grieving family, Deputy Prime Minister Cevdet Yılmaz told reporters he hoped the perpetrators would be brought to justice soon. Yılmaz noted that the AK Party's Diyarbakır branch had also suffered from a string of attacks in the past weeks. "These attacks try to spoil peace in Diyarbakır and we condemn every act of terrorism. The people of Diyarbakır and our security forces will stand against these attacks and we will do everything to ensure peace here," Yılmaz said.

Selahattin Demirtaş, the co-chairman of the Peoples' Democratic Party (HDP), issued a message condemning the attack and said he shared the suffering of the family of "our brother Yunus."

Abdülkadir Koca, the father of Yunus Koca, said neither his son nor his family were involved in anything "that would have justified his death." "We were never involved in terrorism or violence and always wanted a better future for our country. We always opposed terrorism. The bullets that killed (Yunus) are the same bullets they fired on police and soldiers," the father continued.

Yunus Koca's hometown, Diyarbakır, has a predominantly Kurdish population as well as a relatively large pro-PKK following. Although the terrorist organization had ceased aggressive activities after the government started a reconciliation process in 2013, the PKK has made a violent comeback after the attack on Suruç killed 32 people in July. The terrorist organization, which had once limited its attacks to non-lethal operations and harassment of security forces, has killed more than 60 officers from the army and Turkish National Police in several cities in southeastern Turkey over the past month. In just the past three days, at least nine people, including a 13-year-old boy, were killed in attacks launched by the terrorist organization. The latest casualty was Abdullah Biroğlu, a doctor working in Diyarbakır's Kulp district. The doctor was killed by PKK militants as he tried to flee from a "checkpoint" the terrorist organization set up.
RELATED TOPICS