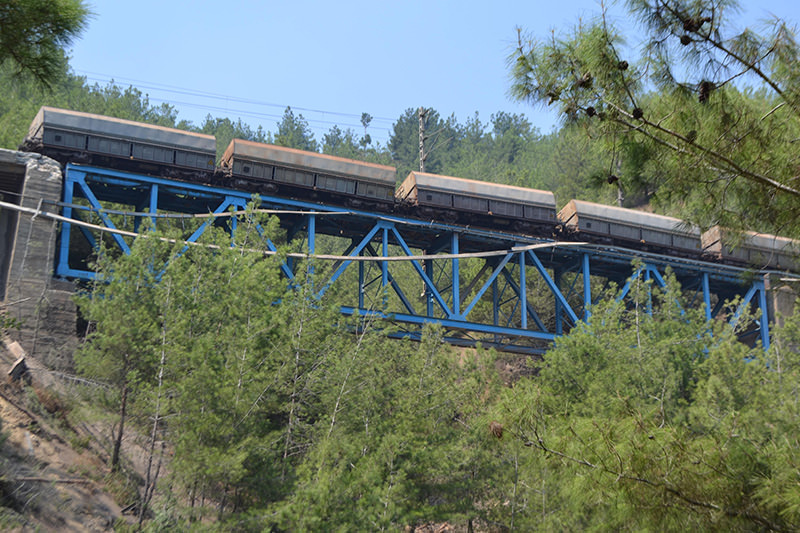 | IHA Photo
by Daily Sabah Sep 03, 2015 12:00 am
A remote-controlled bomb planted on railroad tracks in Turkey's southern province of Osmaniye was detonated on Thursday, while a freight train was passing by. The blast was reported to have occurred in the noon hours near Yarbaşı town in the Düziçi district on a railway bridge.

Two wagons of the train tumbled down the nearby 100-meter cliff, while two mechanists were reportedly injured due to broken pieces of glasses following the blast.

The 633303 numbered cargo train was carrying iron-ore to an iron and steel plant in the southern İskenderun district. The railroad in the area has been shut down and security sources have launched an operation to track the perpetrators.

Thursday's bomb attack is suspected to be the latest of the ongoing PKK attacks since late July, which includes sabotage attacks against energy resources and roadside bombs.