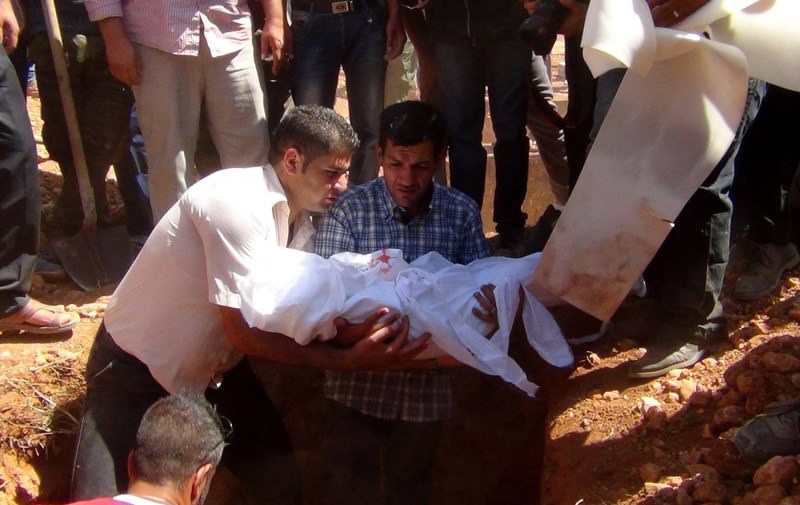 by Daily Sabah Sep 05, 2015 12:00 am
Abdullah Kurdi returned home after a journey of the most painful order: Burying his two children and wife who died while accompanying him to Europe.

The father of Aylan, 3, and Galip, 5, arrived to the family's hometown of Kobani, which was devastated during a fierce battle between Kurdish forces and the Islamic State of Iraq and al-Sham (ISIS). The bodies of the two children and their mother Rihan were flown from Istanbul to Şanlıurfa, a Turkish province near Kobani.

A large crowd of mourners gathered at the Martyrs Cemetery in Kobani where the mother and her two children were buried in graves next to each other. The grieving father gave one last teary look to the bodies and was hardly able to stand up while the bodies were lowered to the graves. He stared at the dry earth, where his family laid beneath, for a while before leaving. Kurdi, who was planning to reach Europe with his family and then head to Canada where his sister lived, told reporters on Thursday he wanted to make the trip for his children and now they are gone. He plans to never leave Kobani again.
RELATED TOPICS