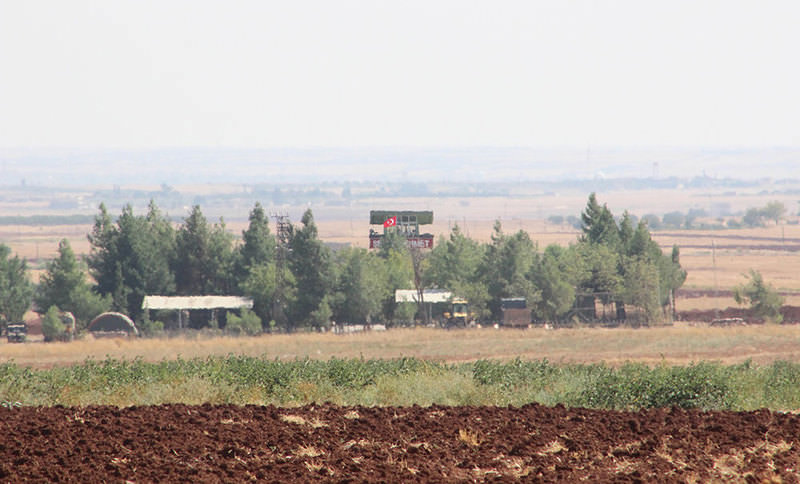 by Daily Sabah Sep 05, 2015 12:00 am
A missing Turkish soldier who was kidnapped in a border skirmish with ISIS terrorists in Turkey's southern Kilis province on September 1 is reportedly alive and being held by ISIS near Aleppo in northern Syria.

According to an article published by Turkish daily Hürriyet, undisclosed security officials stated that the soldier is wounded from his feet and is being held by ISIS in a healthcare facility near Aleppo.

There are unconfirmed intelligence reports that ISIS is willing to transfer the soldier, who was identified as Sefer Taş, to Mosul where the terrorist group is fully in control, sources said.

The article stated that there are ongoing efforts of Turkey's National Intelligence Organization (MİT) in cooperation with local groups; however, a bargain for a swap is not present.

Another Turkish soldier, Yusuf Beylam, was heavily wounded in the skirmish and later died at Kilis State Hospital.

Turkish tanks shelled ISIS targets in Syria after the attack, and officials have launched an operation to locate the missing Turkish soldier.

A group of smugglers trying to cross from Syria into Turkey opened fire on border security forces, Kilis Governor Süleyman Tapsız stated about the reason of the skirmish.